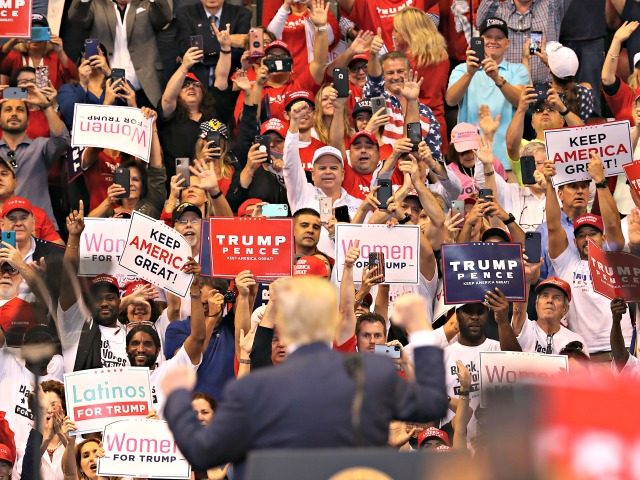 The conventional wisdom is that the coronavirus pandemic has made President Donald Trump’s re-election effort more difficult.

It has shocked the once-mighty economy — previously Trump’s strongest argument — and has allowed his rival, Joe Biden, to hide out in his Wilmington, Delaware, basement, away from media scrutiny (assuming journalists would otherwise be willing to scrutinize the presumptive Democratic nominee at all).

But the opposite is true: Trump’s response to the coronavirus pandemic has boosted his case for re-election.

It has shown that he is willing to work tirelessly for the national interest and to try everything that might help the American people. At the same time, Trump has resisted the urge of past presidents to build bigger government in a crisis. He has spent money on relief like FDR, while deregulating and decentralizing like Ronald Reagan.

Many elections come down to a choice between the lesser of two evils. Not this one.

Democrats are nominating a candidate who may not even be able to do the job, given his age and evident frailty. They are insulting their own voters by asking them to overlook Biden’s corruption and Tara Reade’s credible allegations of sexual misconduct.

The best they can offer is the promise Biden’s team will be Obama 3.0 — for whatever that’s worth.

In addition, Biden’s party has moved so far to the left that Sen. Bernie Sanders (I-VT) may as well have won the nomination. Biden and the Democrats offer higher taxes; energy restrictions; more meddling with health insurance; taxpayer-funded abortions until birth; and a return to a foreign policy of appeasement.

As Americans wrestle with unprecedented change, Democrats promise to exploit the crisis to change things even more.