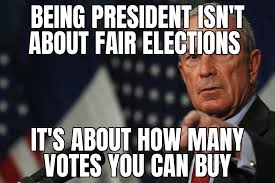 Billionaire Michael Bloomberg has reportedly raised more than $16 million in an effort to help convicted felons in Florida register to vote.

"The right to vote is fundamental to our democracy and no American should be denied that right," a Bloomberg spokesperson told the news outlet. "Working together with the Florida Rights Restoration Coalition, we are determined to end disenfranchisement and the discrimination that has always driven it."

Florida passed a law in 2018 reinstating voting rights for felons that dictated they could register only if they pay all fines, fees and restitution — sometimes totaling more than $1,000 — owed to the government.