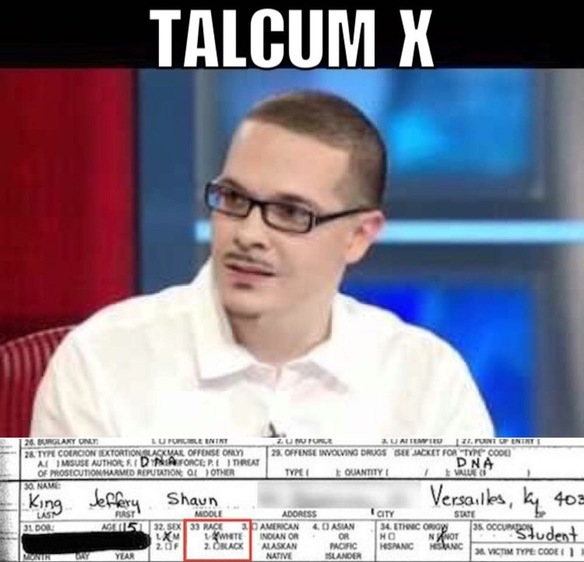 Shaun King is a well known Black Lives Matter con artist who has grifted on racial grievance for a decade even lying about his own family and race.  Shaun King is white, provably white, and he found his professional & financial niche by conning black people, including Oprah Winfrey, into believing he is black.  [Shaun King]

After spending several years drumming up racial division King attached himself to the very first well publicized BLM effort in Ferguson Missouri. There was a lot of money to be made selling the completely false Mike Brown story; so Shaun King hooked up with DeRay McKesson to create the new financial conduit known as Black Lives Matter. His scams and cons are very well known to long-term CTH readers.

Together McKesson and King sell a toxic stew of Marxism, racism, and hatred; and as a consequence their business model intersects with Islamic extremism.  As we noted earlier there is a lot of similarity between 2010’s Islamist Spring and 2020’s BLM protests.  Here’s the latest example courtesy of the lying, liar who lies for a living:

Under the ideology of Black Lives Matter Islam is the dominant and preferred religion; Christianity is viewed as against their interests. The reason is simple, the doctrines of Islam are political, the doctrines of the BLM movement are identically political.