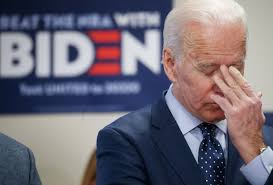 Former Vice President Joe Biden, who is seeking the Democratic presidential nomination, has released “A Plan to End Violence Against Women” that includes a promise to “push to provide federal funding for local efforts to meet the needs of transgender communities.”

The Biden plan includes an explanation of why transgenders need the support of federal programs.

“As a direct response to the high rates of homicides of transgender people--particularly transgender women of color--the Biden Administration will push to provide federal funding for local efforts to meet the needs of transgender communities, including employment assistance, housing assistance, leadership development, and other priorities identified by local communities,” says the plan.

“Specifically, Biden will work to pass the Equality Act, to reduce economic barriers and social stigma, and the LGBTQ Essential Data Act, which would help collect a wide variety of critical data about anti-trans violence and the factors that drive it,” it says.

“He will also direct his Administration to update the FBI’s Uniform Crime Reports Supplementary Homicide Reports (UCR-SHR) to include sexual orientation and gender identity,” says the plan.