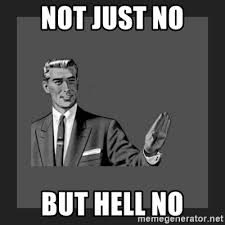 A left-wing activist with ties to the American Civil Liberties Union (ACLU) and Southern Poverty Law Center (SPLC) nominated by President Joe Biden to be a federal judge has argued photo ID and proof of citizenship constitute “voter suppression.”

Nancy Gbana Abudu, the deputy legal director at SPLC, was picked by Biden in December to serve on the United States Court of Appeals for the 11th Circuit. The 11th Circuit covers parts of Alabama, Florida, and Georgia. The vacancy came about upon the retirement of Judge Beverly B. Martin — a President Barack Obama appointee.

Abudu worked for the ACLU from 2005 to 2019 and was an 11th Circuit staff attorney from 2002 to 2004. Along with U.S. District Judge J. Michelle Childs, she was part of Biden’s twelfth round of judicial nominees, according to a White House memo.

Biden put forth 75 judges in 2021. The memo states that his nominees “reflect the diversity” Biden “promise[d]” in courts and that Abudu “would be the first African-American woman judge ever to sit on the Eleventh Circuit.”

In a 2011 interview dug up by The Daily Wire, Abudu asserted that “95 percent” of her work with the ACLU at the time involved “voting rights.” She notably said “photo ID” and “proof of citizenship,” two long-established requirements to vote, are indicative of “voter suppression:”

Abudu said her “biggest concern” as an ACLU attorney “regarding voter suppression” was states “passing laws requiring voters to have photo IDs.” She slammed South Carolina for not permitting students to show campus IDs to vote, calling it “restrictive.”

The Biden nominee has continued to argue that various voting requirements are discriminatory. In August, Abudu called on the Senate to pass the John R. Lewis Voting Rights Advancement Act — H.R. 4 — in order “to protect the future of American democracy.”