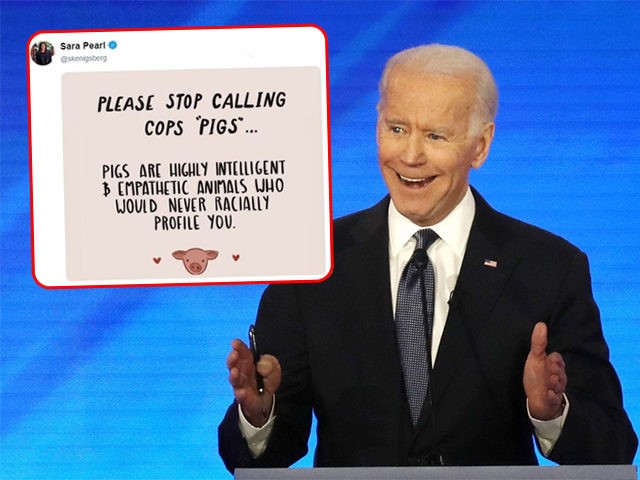 A supervising video producer for Joe Biden's presidential campaign tweeted a meme in June that urged people to stop calling the police "pigs" -- but only because unlike the police, pigs are "highly intelligent and empathetic animals who would never racially profile you."

The videographer, Sara Pearl, also retweeted a user's comment that while "pigs are sweet, intelligent and compassionate," police officers are "monsters" who "don't deserve to be called pigs."

And, after several Dallas police officers were killed in 2016 by a sniper who "wanted to kill white people," Pearl dinged the National Rifle Association for tweeting its condolences in that case but not for prior shootings: "Of course they respond to the officers but not to the previous shootings :("

The lack of response from the Biden team surprised conservatives.

The Trump campaign released a Friday statement saying “now Biden employs a staffer who uses the most vile, inflammatory, and incendiary language to target the brave men and women who risk their own lives to keep us safe.”