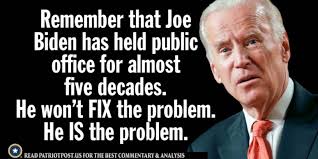 Demonstrations and riots will not stop with the Biden/Harris administration.  They present a real danger to government as we now know it.

Joe Biden and Kamala Harris are being sworn in today, 20 January.  It has been obvious for some time that this would take place.  On January 18 a protest in NYC resulted in 29 people being arrested and eleven police officers being injured.  Other protests broke out on January 19.

The election of Biden/Harris does not appear to have diminished the desire to demonstrate.  Vice-President elect Harris has recognized this claiming:

Progressives have fostered these protest organizations.  Now that they are in power will they be able to control them? They may find that they have created a Frankenstein's monster.

There are many reasons why the demonstrations will not be easy to stop.  Social injustice and police brutality are only a small part of the reason for demonstrating.  Many people riot to escape boredom which has been intense with the Corona lockdown. Many view riots as a fun pastime.  Riots can also be an opportunity to pick up some new tennis shoes or a wide screen TV. There are few penalties for rioting and some municipalities actually encourage protests.  Baltimore Mayor Stephanie Rawlings-Blake was not the only major who instructed officers to allow protestors to express themselves and that “we also gave those who wished to destroy space to do that as well.”