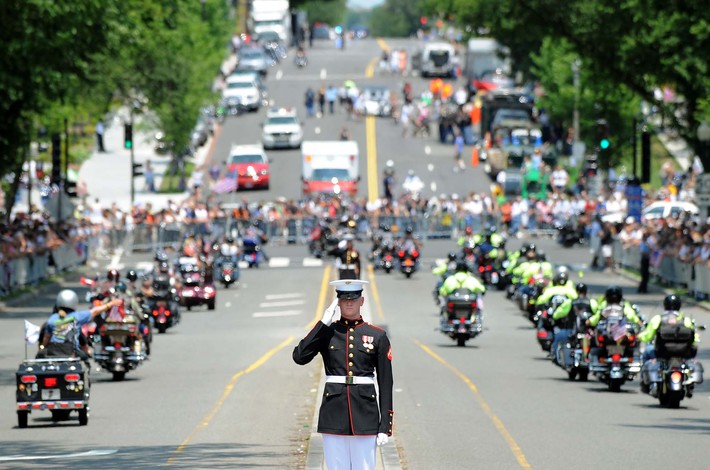 A Florida lawmaker is ripping the Biden administration for ending a 30-year tradition by puling a permit that would allow a massive motorcycle Memorial Day parade down Constitution Avenue in Washington, D.C.

The gathering, which draws tens of thousands of motorcyclists from across the country each year, stages in a Pentagon parking lot, but the Biden administration has rescinded its annual permit.

“We are blessed beyond words to be citizens of the greatest country on Earth and only live free thanks to the men and women who made the ultimate sacrifice. But sadly right now, in Joe Biden’s America, it is easier to cross the border illegally than it is to get a permit to pay our respects to our nation’s fallen heroes,” Mast said.

The Pentagon blamed COVID-19 for the decision.

A special events section of the Pentagon had approved AMVETS’ permit for Rolling to Remember on March 11 but then revoked it. Last month, Mast — a 12-year Army veteran who worked as a bomb disposal expert and lost both his legs while deployed in Afghanistan — wrote a letter to Defense Secretary Lloyd Austin urging him to “promptly approve” the permit in April.

In his letter, Mast said the Pentagon approved the permit “only to revoke that approval a week later, citing a ‘routing error’ and the ongoing COVID-19 pandemic. The event is being put at risk by the refusal of the Pentagon to approve the permit in a timely manner.”