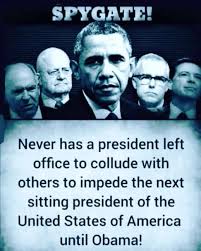 Attorney General Bill Barr told Fox News' Bret Baier in an exclusive interview aired Tuesday that Americans will be able to recognize "some" of the names under investigation as part of U.S. Attorney John Durham's ongoing probe into federal surveillance abuses -- and that he is "very troubled" by "what has been called to" his attention so far.

Barr asserted that despite the coronavirus pandemic, the Durham team "has been working very aggressively to move forward," and that there "will be public disclosure" of his findings. Part one of Baier's interview with Barr aired on Monday.

"I think before the election, I think we're concerned about the motive force behind the very aggressive investigation that was launched into the Trump campaign without, you know, with a very thin, slender reed as a basis for it," Barr told Baier. "It seemed that the bureau was sort of spring-loaded at the end of July to drive in there and investigate a campaign."

The Justice Department's (DOJ's) watchdog has identified critical errors in every FBI wiretap application that it audited as part of the fallout from the bureau's heavily flawed investigation into former Trump adviser Carter Page, who was surveilled during the campaign in part because of a largely discredited dossier funded by the Hillary Clinton campaign and the Democratic National Committee (DNC).