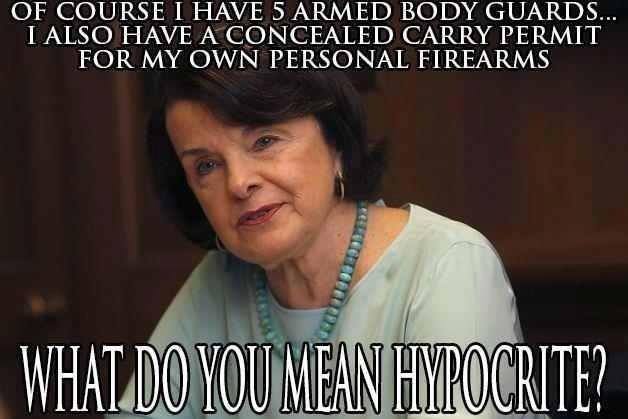 Her bill (pdf), called the “Assault Weapons Ban of 2021,” is co-sponsored by 34 Senate Democrats and would ban ammunition magazines that hold more than 10 rounds—similar to the bans on magazines in New York state and California.

According to the legislation, which was also introduced in the House by Rep. David Cicilline (D-R.I.), the ban would encompass more than 205 rifles. Feinstein’s bill would allow current owners of the guns to retain possession of them. If that gun is transferred, a person has to undergo an FBI background check before getting the firearm.

The bill also bans any weapon that has the capacity to use a magazine that isn’t a fixed ammunition magazine and has one or more characteristics such as a pistol grip, forward grip, a threaded barrel, a folding or telescoping stock, or a barrel shroud.

The bill “requires that grandfathered assault weapons are stored using a secure gun storage or safety device like a trigger lock” and prohibits the transfer of high-capacity ammunition magazines while banning “bump-fire stocks and other devices that allow semi-automatic weapons to fire at fully automatic rates,” according to a news release from Feinstein’s office. Bump-fire stocks were made illegal in March 2019.

“It’s been 17 years since the original Assault Weapons Ban expired, and the plague of gun violence continues to grow in this country. To be clear, this bill saves lives. When it was in place from 1994-2004, gun massacres declined by 37 percent compared with the decade before. After the ban expired, the number of massacres rose by 183 percent,” Feinstein said in a statement Thursday.