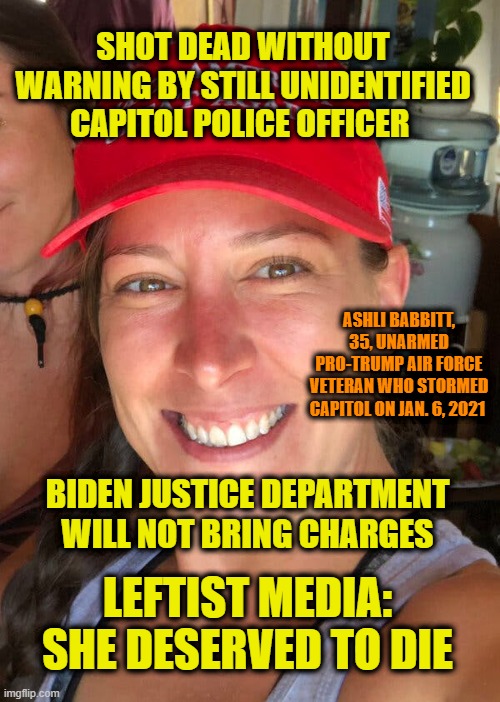 An attorney representing the family of slain Capitol Building protestor Ashli Babbitt clapped back at the Justice Department after officials announced Wednesday there would be no charges filed against the plainclothes officer who shot and killed her on Jan. 6.

“The shooting of Ashli Babbitt on January 6, 2021 by an unidentified U.S. Capitol Police Officer was an unjustified use of deadly force which violated her constitutional rights,” said attorney Terrell N. Roberts, III, of Roberts & Woods in Riverdale, Md.

“It is clear from video footage that Ashli did not pose a danger to the officer, or any other person, when she was shot. Ashli was unarmed. She did not assault anyone. She did not threaten to harm anyone. There was no excuse for taking her life,” he added.

Roberts said that it’s “a universal law enforcement standard” that police officers are not supposed to use more force than is required to subdue a suspect or “accomplish a lawful purpose,” noting that Babbitt was small in stature at 5′ 2″ tall and 110 pounds and speculating that she could have been arrested “by a single officer with a set of handcuffs.”