0
As They Turn To Burning Bibles, Portland
Rioters Show Their True Colors 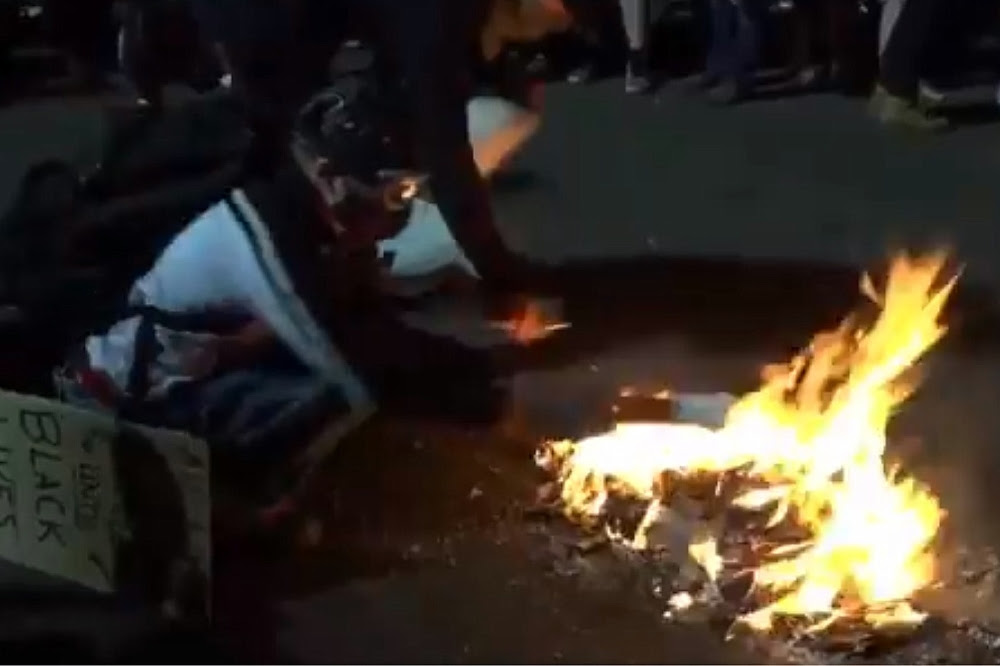 While rioters previously attacked federal buildings, businesses, and even officers, this weekend, they found a new target: Bibles.

A video posted to Twitter on Saturday shows rioters holding Black Lives Matter signs tossing Bibles into a fire. Bystanders stood and watched as the flames licked away at the pages of the books.

“Left-wing activists bring a stack of Bibles to burn in front of the federal courthouse in Portland,” wrote the Twitter user, Ian Cheong, who posted the video.

Later in the Twitter thread, Cheong pointed out that the violent and chaotic nature of these protestors is not correlated with “protesting against police brutality.”

“I don’t know what burning the Bible has to do with protesting against police brutality. Do not be under the illusion that these protests and riots are anything but an attempt to dismantle all of Western Civilization and upend centuries of tradition and freedom of religion,” he continued.
Donald Trump Jr. also commented on the video criticizing it as an escalation of Antifa.

“Now we move to the book burning phase. I’m pretty sure ANTIFA doesn’t actually stand for what they say it stands for. Maybe just remove the anti part of their name and it’s perfect,” he wrote.

Other Twitter users acknowledged that burning Bibles confirms what many have thought all along about the riots.

“There is a purpose to this. The protesters are signaling they will dismantle and replace our whole entire narrative,” tweeted another user.
The Portland riots have been raging since George Floyd’s death in early May, even before “the ramped-up federal presence.” While many have claimed that these riots are “largely peaceful,” “gunfire, arson, stabbings, and other violence followed rioters” well through Saturday morning.
https://thefederalist.com/2020/08/01/as-they-turn-to-burning-bibles-portland-rioters-show-their-true-colors/