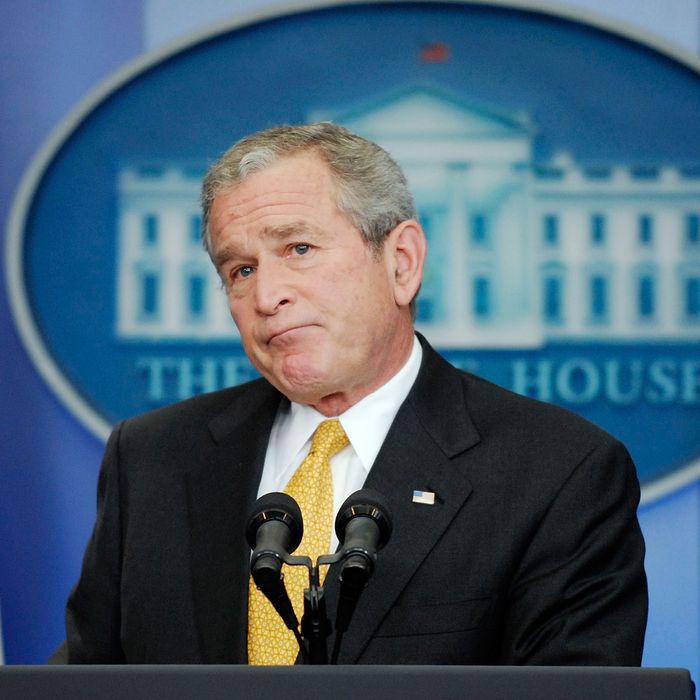 George Bush has quite the gift for timing.

Just as Democrats whip up riots, threaten juries, plot to pack the Supreme Court, beaver away to end the filibuster, force critical race theory down schoolchildren's throats, open the border to a cartel profit bonanza and untold migrant misery, out he comes, loudly criticizing his own party.

Former President George W. Bush described the modern-day GOP as “isolationist, protectionist, and to a certain extent, nativist” in an interview Tuesday that was packed with implicit criticism of the most recent Republican president.

“It’s not exactly my vision” for the party, Bush told NBC’s “Today” show in a rare live TV appearance. “But, you know, I’m just an old guy they put out to pasture.”

He also threw in this:

As for the Jan. 6 insurrection perpetrated by supporters of former President Donald Trump, “it did make me sick. I felt ill. And I just couldn’t believe it,” Bush said.

“What’s really troubling is how much misinformation there is and the capacity of people to spread all kinds of untruth,” he added. “And I don’t know what we’re going to do about that.”