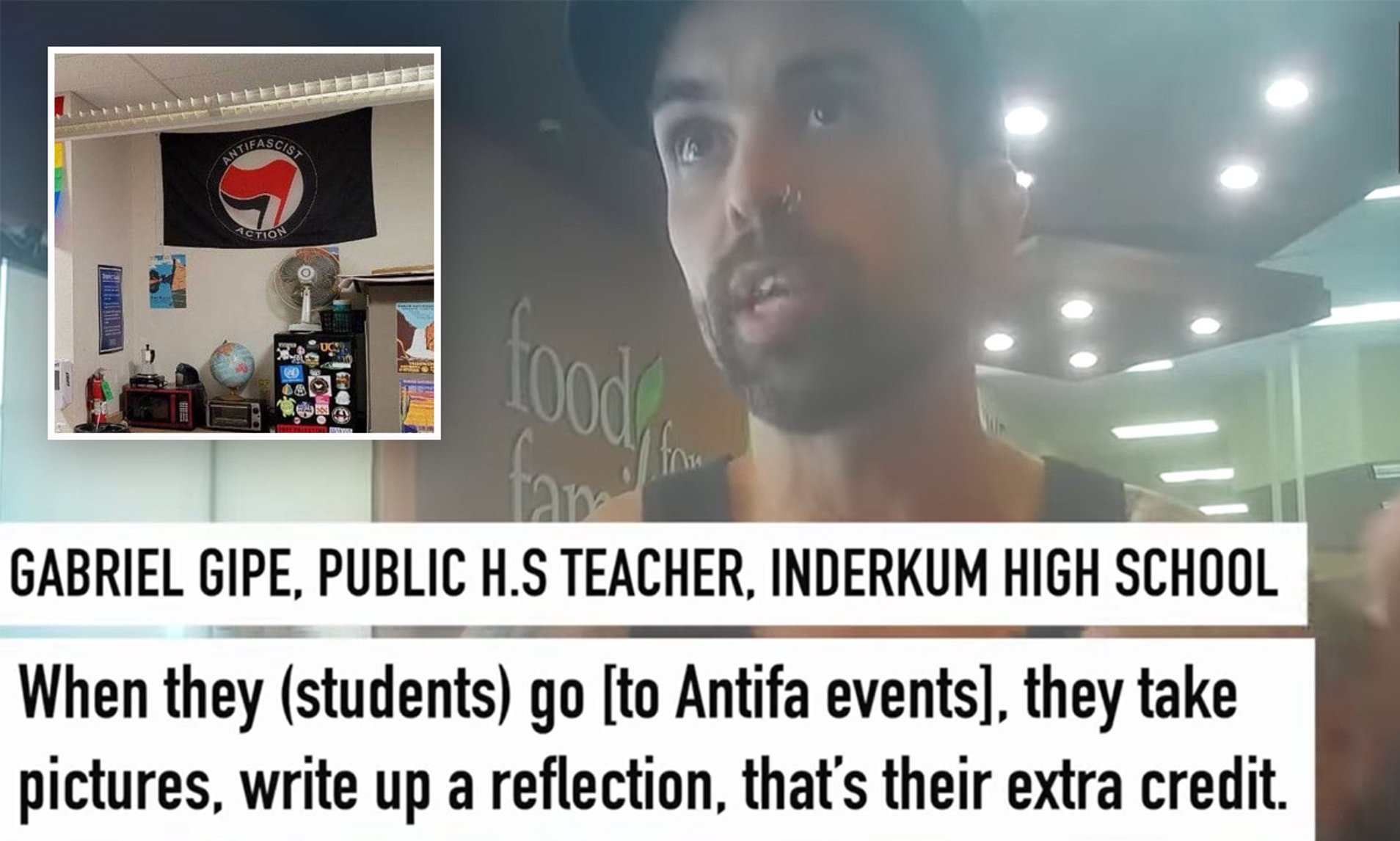 In a video posted last month by Project Veritas, a conservative group known for using undercover methods to reveal supposed liberal bias, Gabriel Gipe would be heard speaking about turning his class into "revolutionaries."

Ahead of the school board meeting, lawyers, educators, activists and former students stood in Midtown Sacramento Wednesday afternoon to defend the teacher. The main point was to address the district's actions in placing the teacher on leave and his potential termination. Gabriel Gibe was not in attendance at the press conference.

"Reflecting back in my time at Inderkum, I can count on one hand the amount of teachers that I felt represented or enthusiastically accepted by, and Gipe is at the top of that list," Rhianna Usoh, a former student of Gipe, said. "The entire situation is ridiculous."

Following the posting of the video, many angry parents voiced to the school board that Gipe was “pushing his leftist agenda onto students.”

At the time, the school district said in a statement that they were investigating the teacher and had placed Gipe on administrative paid leave with a recommendation to fire him. Their statement also said that "Mr. Gipe was actively teaching pro-communism ideology in a US Government class. Students interviewed shared how uncomfortable they felt in his class based on his teachings."

The district told ABC10 Gipe is still on administrative paid leave and did not confirm whether or not they would move forward with firing him. They did say, however, upon drafting of charges, Gipe would be placed on unpaid status pending a hearing.

Read the full statement from the Natomas Unified School District below:

We are aware that there was a press conference regarding Mr. Gipe this afternoon. There are a few things that we would like to clarify that were wildly misrepresented at that press conference today. Before we address that, we want to share that in the next few days, Mr. Gipe will receive nearly 400 pages of disciplinary charges and evidence/exhibits that will demonstrate an overwhelming pattern of unprofessional and inappropriate behavior. Nothing prevents Mr. Gipe from sharing all of those nearly 400 pages with the public. Natomas Unified wishes it could share the evidence it has. However, we are in the middle of due process.