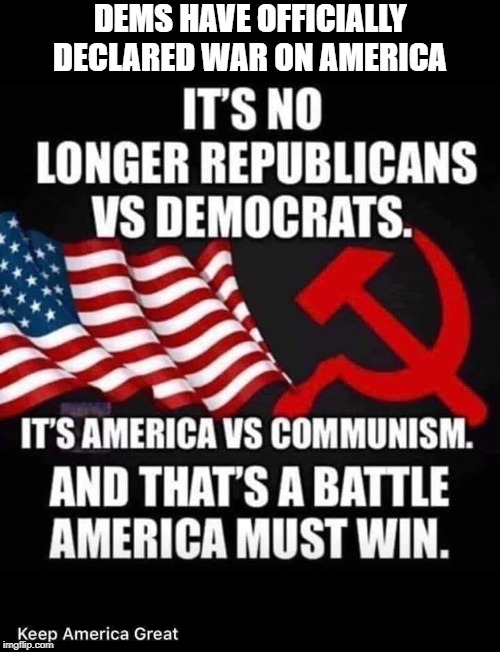 What many have failed to realize, however, is that over the past several decades, this great nation has slowly been infiltrated by the communist specter.

Amid credible allegations of voter fraud and election irregularities, America is now on the brink of falling into the communist abyss.

The communist specter gave rise to the regimes in the Soviet Union, Cuba, North Korea, and China. Its ideology of totalitarianism seeks control over, rather than the flourishing of, mankind.

Its gradual takeover of the West has been carried out in broad daylight. As French poet Charles Baudelaire wrote back in 1864, the “greatest trick of the Devil” is to persuade you that he doesn’t exist.

While communist regimes have continued with their rigid dictatorships, party politics in free societies have come to a point of crisis. Communism has exploited loopholes in the legal and political systems of democratic nations by manipulating major political parties.

The endgame of socialist movements implemented gradually and through “legal” means is no different from that of their violent counterparts.

Leftist and other pernicious agendas have been able to acquire so much mainstream influence in Western countries largely due to the help of mass media. In countries run by communist regimes, all outlets are subject to state censorship, if not directly controlled by the communist party. Elsewhere, the media has been brought under the sway of financial and partisan bias. Honest reporting and discourse are buried by an avalanche of sensationalism, political virtue-signaling, and outright fake news.