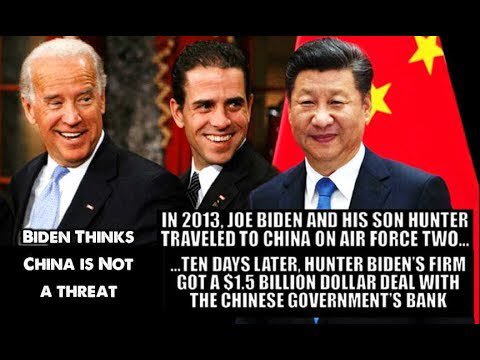 One America News reported that despite the Air Force promise in January to release the passenger lists, it was now refusing to do so even as a Senate committee is planning to move forward, over-vigorous Democrat opposition, with an investigation of the younger Biden’s overseas business dealings while his father was part of the Obama administration.

Biden’s position as a director at BHR Partners, a Chinese investment firm with close ties to the Bank of China, raised red flags and prompted GOP senators to request travel records from the Secret Service on his travels to China.

“While in China, he helped arrange for Jonathan Li, CEO of Bohai Capital, to ‘shake hands’ with Vice President Biden,” the senators wrote.

Biden said he would step down from the board of BHR at the end of October last year as his father’s presidential bid brought more scrutiny on his business dealings. But business records in November showed he was still listed as a board member of the Chinese private equity firm.

Meanwhile, the Republican-led inquiry in the Senate Homeland Security Committee has sparked tensions among lawmakers that resulted in a “rare and previously unreported verbal altercation between senators during a classified briefing,” according to Politico.

A spokesman for the committee’s chairman, Sen. Ron Johnson of Wisconsin, indicated that work on the probe was continuing despite the interruption caused by the coronavirus pandemic which forced lawmakers to focus almost exclusively on alleviating the impact of the health emergency.