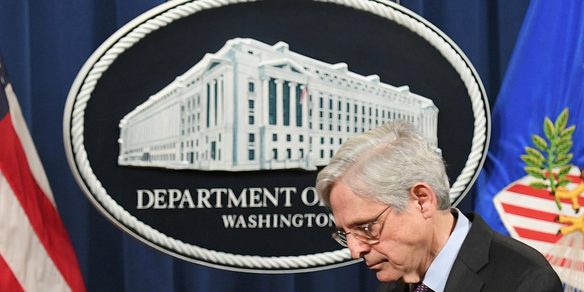 AG Merrick Garland must recuse himself in any fight over audits. It has been discovered that his wife works as an advisor to several groups looking to prevent forensic audits of the 2020 election. That is what is commonly called a conflict of interest.

He should not be making decisions that can put coin in his family’s pocket. But, corruption is nothing new to Democrats and once again shows us how lucky we are that we dodged a bullet when he was kept off the Supreme Court.

We previously released information that US Attorney General Merrick Garland’s son-in-law is pushing material related to the Critical Race Theory (CRT) to schools in exchange for millions of dollars.

We first noticed there was very limited information on Lynn Garland and her background and work online.

Lynn Rosenman Garland was raised in New York and Redding, Connecticut, and attended the prestigious Brearley School, according to her wedding announcement.

She went on to graduate from Harvard University and from the Sloan School of Management at the Massachusetts Institute of Technology, where she earned a master’s degree in operations management.

At the time of her wedding she was working as the staff assistant to the vice president in charge of operations for the Melpar division of E-Systems, Inc., a defense elctronics contractor in Falls Church, Virginia. Details about her later career were not immediately available.

This led us to some material where Ms. Lynn Garland is noted in a report on individuals involved with Election Verification Network.