The letter follows the National School Board Association's request to classify protests as "domestic terrorism." pic.twitter.com/NhPU03YOYq 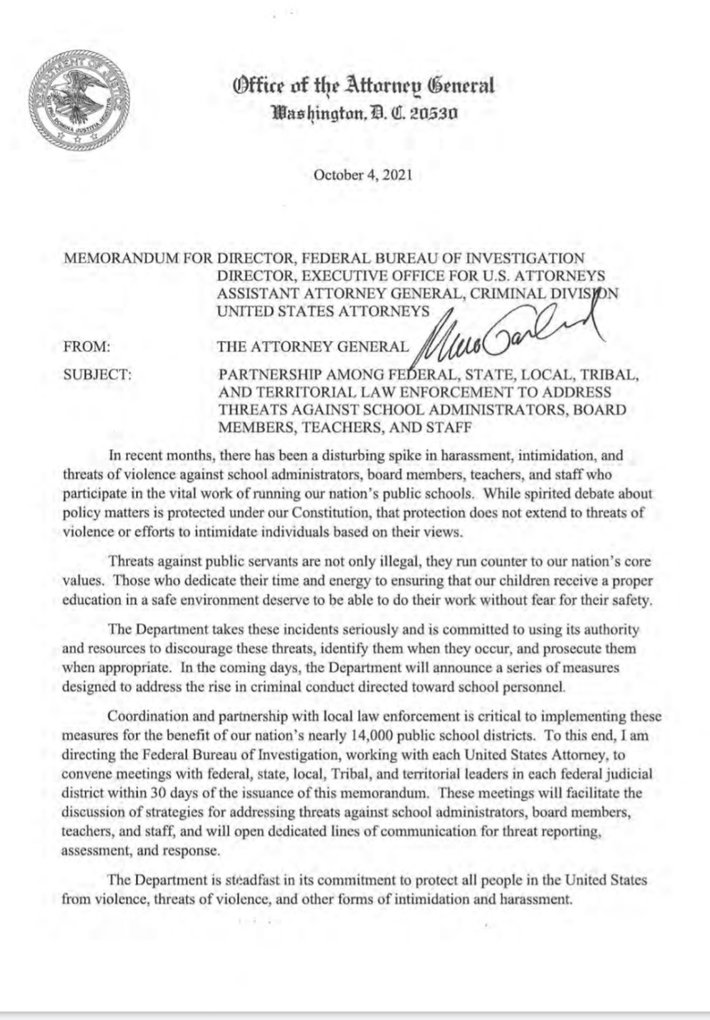