Grenell visited the Justice Department last week over the matter. 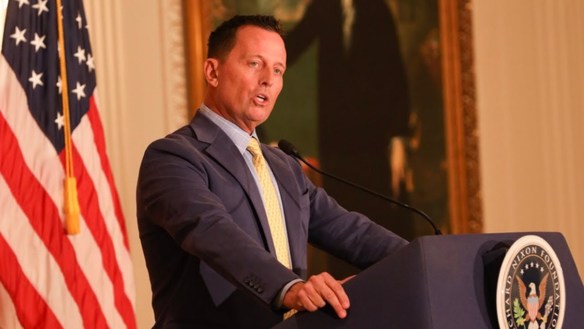 Acting Director of National Intelligence Richard Grenell has sought to declassify a list of former Obama administration officials who were allegedly involved in the so-called “unmasking” of former national security adviser Michael Flynn in his conversations with the former Russian ambassador during the presidential transition, a senior U.S. official tells ABC News.

Grenell, who remains the U.S. ambassador to Germany along with being the acting DNI, visited the Justice Department last week to request the declassification of the list, according to the official.

His visit indicates his focus on an issue previously highlighted in 2017 by skeptics of the investigation into the Trump campaign's contacts with Russia, specifically allegations that former officials improperly unveiled Flynn's identity from intercepts of his call with former Russian ambassador Sergey Kislyak.