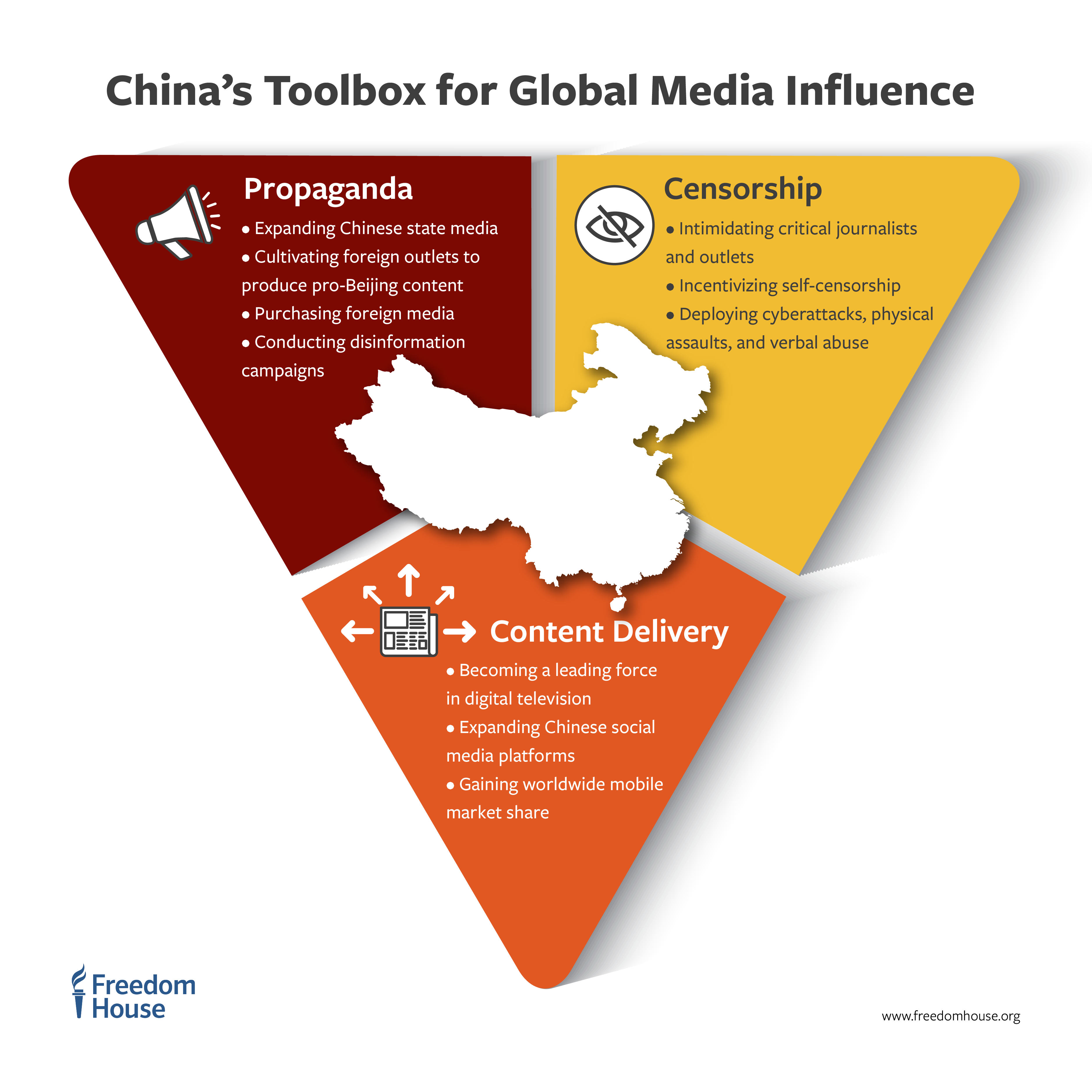 Despite the Chinese Communist Party’s (CCP) record of oppression, corporate media outlets are parroting the authoritarian government’s propaganda, even in the midst of an outbreak the CCP worsened through a cover-up. Many of those media outlets have financial ties to Chinese companies with intense oversight from the CCP.

“You often see representatives from American companies with financial ties to China naturally become defenders of the CCP’s policies and spreading the CCP’s propaganda,” said Helen Raleigh, an author and senior contributor at The Federalist who emigrated from China. “The financial tie means these Americans will be much less likely to challenge China’s human rights record or unacceptable demand such as technology transfer.”

We do not know the extent of editorial oversight from corporations and individuals with financial incentives to placate the CCP, if any. But we know the incentives exist, and that’s worth understanding. Below is a breakdown of financial ties between major U.S. media organizations and the CCP.

Mexican billionaire Carlos Slim owns 17.4 percent of The New York Times through the company’s Class A shares. As the largest shareholder, his investment allows him to vote for approximately one-third of the company’s board.

In 2009, Slim loaned $250 million to The New York Times Company, the parent company of the New York Times. That same year, Slim purchased 15.9 million Class A shares of the company.

Slim has regularly conducted business with Chinese companies with overt ties to the CCP. In 2017, Slim’s Giant Motors joined ventures with China’s JAC Motors and began manufacturing cars in Mexico to sell in the Latin America Market. According to Forbes, the goal of selling to Latin America was to circumvent the Trump administration’s trade policies aimed at protecting American jobs — a move that benefited the Beijing in the Chinese-American trade wars.

According to Bloomberg Law, Slim’s company America Movil is teaming up with CCP telecommunication giant Huawei Technologies to pitch a 5G pilot project to the Colombian government this year. Huawei is actively working to undermine American security interests by overturning legislation in the United States that bans the use of Huawei’s 5G network.

“Huawei seeks to overturn U.S. legislation that prohibits our federal government from using its equipment. This is a blatant attempt by an allegedly vital cog in the Chinese Communist Party’s (CCP) intelligence apparatus to avail itself of rights China would never confer on U.S. corporations––let alone its own citizens––in a bid to thwart America’s national security interests,” writes The Federalist’s Ben Weingarten.

Slim is making all kinds of lucrative business deals with the Chinese government while influencing the buiness side of The New York Times. He may not sit in on editorial meetings, but all the paper’s leaders certainly know who is funding their salaries.

In 2013, Amazon CEO and billionaire Jeff Bezos purchased the Washington Post for $250 million cash. In January 2016, Bezos laid out a new business plan for the Post aimed at incorporating more technology.

Bezos has direct ties to the Chinese business market, which is regulated by the CCP. The production of Amazon’s most popular products—including the Amazon Echo and Kindle e-reader— take place almost exclusively in Chinese factories. According to Newsweek, Amazon’s products are produced by Chinese laborers who work long hours with low pay and little safety training.

Bezos has long tried to expand Amazon in the Chinese market as well, saying “Amazon is well-positioned to serve [China.]” Bezos also backed a treaty between the United States and China allowed technology companies to increase business with China and provided a framework for U.S. tech companies to invest more in the Chinese economy.

After years of business in the Chinese market, Bezo’s ties with China are now evident in the Washington Post’s “advertisement” section.

When you purchase a Washington Post subscription, it comes with an advertising supplement called “China Watch.” According to Mark Hemingway at The Federalist, the Post’s “China Watch” supplement is courtesy of China Daily, a Chinese state-run media organization. The Washington Post openly accepts money for advertisements from the CCP and distributes Chinese propaganda.

CNN is owned and operated by WarnerMedia, which has significant financial and institutional ties to the CCP. In June 2013, WarnerMedia announced it had forged a partnership with a Chinese investment fund to the tune of $50 million. The funding would directly invest in the China Media Capital (CMC), a media company with oversight from the CCP, meaning it is subject to censorship and other demands to push Chinese propaganda.

WarnerMedia considers China a “partner” in their economic and cinematic ventures.