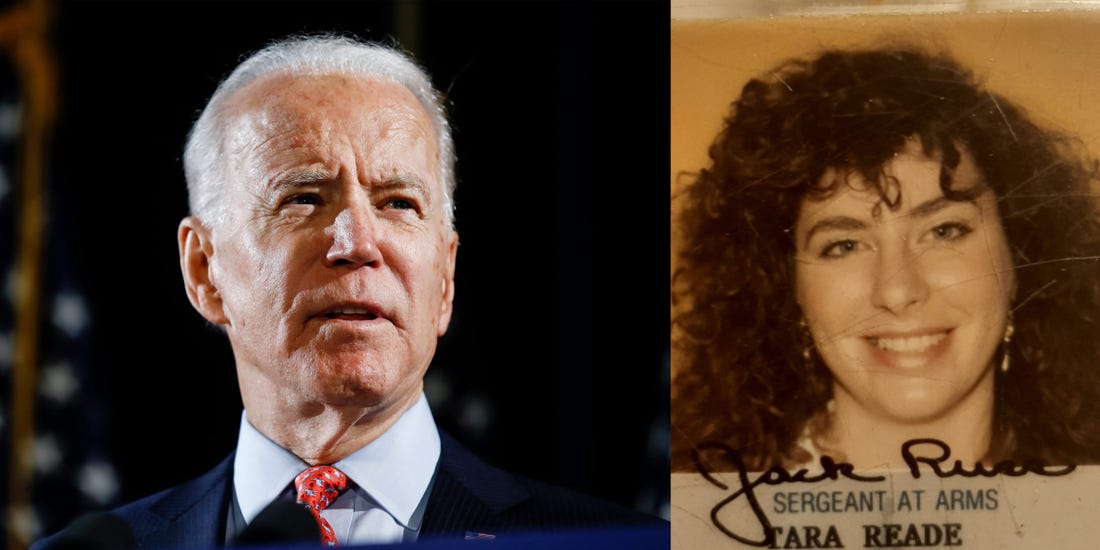 In March, when a former aide to Democratic presidential nominee Joe Biden accused the candidate of sexually assaulting her in 1993, two people came forward to say that the woman, Tara Reade, had told them of the incident shortly after it allegedly occurred — her brother, Collin Moulton, and a friend who asked to remain anonymous for fear of retribution.

Now two more sources have come forward to corroborate certain details about Reade's claims. One of them — a former neighbor of Reade's — has told Insider for the first time, on the record, that Reade disclosed details about the alleged assault to her in the mid-1990s.

"This happened, and I know it did because I remember talking about it," Lynda LaCasse, who lived next door to Reade in the mid-1990s, told Insider.

The other source, Lorraine Sanchez, who worked with Reade in the office of a California state senator in the mid-1990s, told Insider that she recalls Reade complaining at the time that her former boss in Washington DC had sexually harassed her, and that she had been fired after raising concerns.