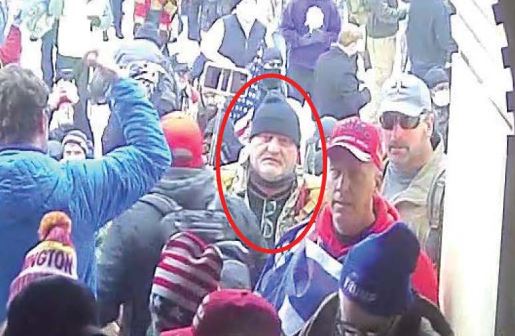 A U.S. military veteran who was charged in the Jan. 6 U.S. Capitol breach has died.

John Anderson, 61, died at a hospital in Jacksonville, Florida, on Sept. 21, according to family members and his lawyer. His cause of death hasn’t been disclosed.

“My sweet, handsome husband went home to be with the Lord,” Anderson’s wife said, according to his lawyer, Marina Medvin. Anderson’s wife is asking for prayers and privacy as she mourns the loss.

Anderson, a U.S. Marine Corps veteran, was charged with seven counts in connection with the Capitol breach, including civil disorder, interfering with law enforcement, and stealing government property.

Anderson was arrested in late February in St. Augustine, Florida, and released pending trial about a week later.

Authorities said he was part of the crowd that attempted to enter the Capitol through a tunnel, clashing with officers in the process. But his lawyers said he did nothing wrong and was trapped by people pressing him from behind.

Screenshots from surveillance video in the tunnel show Anderson was struck with a chemical substance let loose by a male in the crowd. Police officers later sprayed pepper spray into the crowd, which also hit Anderson. He was assisted by officers through the tunnel after several minutes. Anderson said the officers saved his life.