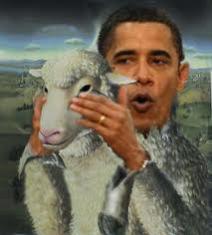 Wake up America this is 2012 and we’re being placed under lock and key by the one some call Obama.  The abuse that African Americans have taken since 2008 is beyond belief and it’s due to the actions of the “real Obama, “not the fake one.  The fake one promised African Americans the whole ball of wax, better schools, better teachers, jobs, help with their homes being repossessed, transparency, lower taxes – 95% of the African American community voted for him in 2008.

Still after the bashing the African Americans have received the majority will vote for him in 2012 – go figure.  Here’s what they received from the greatest snake salesmen of all times.  Higher unemployment, no jobs, homes were repossessed, absolutely no transparency and horrifically poor conditions in many of their schools due to Union control.  Obama allowed the Unions to take over their schools and the trickle down affect has been inferior teachers who pretty much work banker hours for a pay check and a hefty retirement.

Like Maxine Waters insinuated Obama is MIA most of the time, not spending time in their communities – he’s too busy playing footsy with his big bundlers, the Unions, the Muslim Brotherhood and Soros’s special interest groups.  In fact he’s treated them like second handed citizens and would prefer handing money out to the Gay Community then helping his own people.

Obama told African Americans to “Take off your bedroom slippers, put on your marching shoes. Shake it off. Stop complaining, stop grumbling, stop crying.” it’s not exactly the type of comment you would expect from the Commander in Chief” of America.

But after all of the lies and false promises to the African American Community many are still hanging on to his coat tails and will obediently vote for him in 2012.  Instead of working with other Americans who just want to take back their Government and Country, they have bought into his class warfare and racism malarkey.

Isn’t it time for the sake of their children, grandchildren and future generations to quit hanging on to Obama’s false “Hope and Change?”  He flushed their “Hope” down the toilet in early 2009 and the “Change” that they were promised was nonchalantly tossed out the White House window because Obama wanted their votes for one reason only.  In a nutshell, Obama had plans to put all of us in shacks, give us enough food and water to barely make it from one meal to the next and take away our God given freedoms and rights.

The very people the African Community consider their friends and saviors are the culprits who are taking food from their mouths and money from their pockets laughing all the way to the bank.  Maxine Waters, Louis Farrakhan, Al Sharpton, Van Jones, Valarie Jarrett and others are terrorizing the African American communities.  These people have turned on their own people misusing and abusing them to promote a false ideology that has never worked in the history of mankind.

The African Americans who plan to vote for Obama in 2012 might want to at least check out some very special resources – they’re true Patriots and they care about all Americans and our beautiful Nation.

Please go to this website for some of the best of the best African Americans in our Nation.