Rush Limbaugh said someone he thought was his friend texted the following during Cruz's speech suspending his campaign.  “Thank God Cruz is done!  I couldn't be happier.  Listening to his sap makes me sick.”  Rush said the text made him furious.

Here is the line in Cruz's speech that ticked off Rush's once assumed friend. 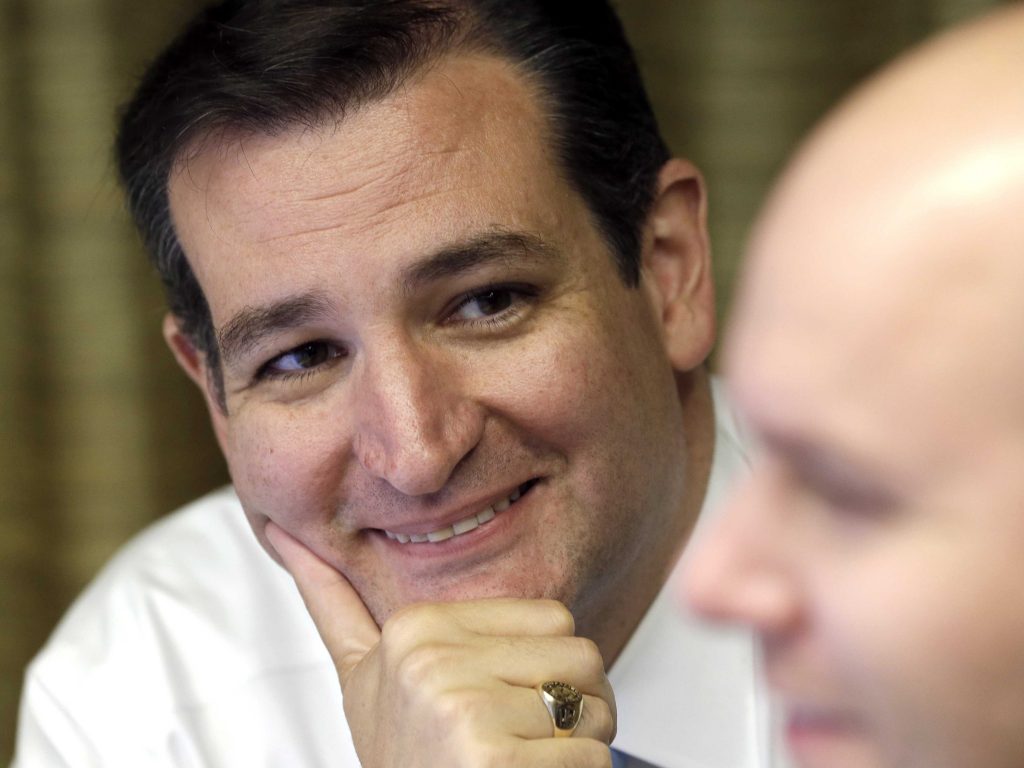 Anyone repulsed by Cruz's statement is not my patriot brother or sister.

Political analysts and pundits are chiming in, criticizing “Ted Cruz” the person for not being enough of this or too much of that.  Keeping silent, I roll my eyes and tune them out.  Trying to change these super-smart political expert minds would be fruitless.

I will concede that the Cruz campaign may or may not have made a few missteps.  But with Trump out there breaking every campaigning rule in the book and speaking off the top of his head, don't tell me Cruz blew it because he was not a perfect enough candidate, too this or not enough that.

For crying out loud, Ted Cruz is an awesome human being.  Period!  The man walks tall.  In debating issues vital to our country, Cruz is peerless.  When called upon to stand up for We the People, he truly is “Lion Ted.”  Therefore, I will not criticize Ted.  Nor will I agree with those criticizing Ted for being who he is.

This remarkable man deserves so much better.

For years, I have lamented our side's pattern of trashing and throwing our heroes under the bus.  Sharron Angle, Joe Miller, Chris McDaniel, and Sarah Palin to name a few.  First we whine about the GOP establishment being complicit in furthering the Democrat/left's agenda.  Courageous, sincere patriots, committed to breaking the GOP's pattern of betrayal, step up and enter into the extremely leftist-favored political arena.

When our conservative gladiators enter the arena, Democrats, the left, the GOP establishment, and mainstream media team up to stop and destroy them forever.  The evil coalition launches its standard 24/7 character assassination shock-and-awe attack.  Phase two includes endless absurd lies and extremely well funded dirty tricks.  Whenever one of our candidates falls short of winning due to the behemoth opposing them, our advisers and voters blame the candidate for being too this or not enough of that.  Then we throw our courage warriors on the junk heap of tainted and forever unelectable conservatives.  In other words, if only our candidate would have mastered politically walking on water, we could have won or retained the seat.  The disloyalty sickens me.

This political season, many voters threw social and moral issues out the window.  For the most part, Cruz stood alone vowing to investigate Planned Parenthood's horrific dead-baby-body-parts-chop-shop business, apparently a non-issue with many voters.  Cruz recognized and vowed to fight LGBT activists' aggressive assault on our religious liberty, silencing and jailing Christians.  Apparently defending religious liberty is a non-issue with many evangelicals.

In essence, many voters shouted, “No, not this man.  Give us Barabbas!”  This is the truth of how many voted.

I also reject conventional wisdom that says Cruz is done, too damaged to be the leader of a national resurgence of conservatism.  Hogwash!

Over sixty years of life experiences have taught me to trust God.  I am telling you, folks – there is something truly unique and special about Ted Cruz, an anointing on his life.  Ted is still a young man.  At some point, Cruz will come back shining brighter, bigger, and better.  Great leaders are always hated and despised because they are a threat to lesser men.  Eagles really do fly alone.  Thank God for giving Ted Heidi, his strong “helpmeet.”

My prayer is that despite unimaginable pressure to conform to the Washington cartel status quo, Ted will remain a peerless, fearless warrior for We the People and a defender of our Constitution.  I am pretty confident that Ted will always be our Ted.  Still, I call upon all believers to keep Ted and his family in their prayers.

Regarding Ted Cruz, you ain't seen nothing yet.