Most people do not understand how our Budget process works or how our nation passes a bill.  There are three sets of hands on the purse strings of our nation.  When a party controls ANY TWO of these strings, they are in control.  These strings are in the hands of the President, the Senate, and the House of Representatives.

I am not an economist.  I am not a highly educated man.  So, I try to take the complicated and make it less complicated so that I can understand it more effectively.  So...I have gone back in time, since 1981, and performed a simple analysis of who holds the purse strings of our nation and what there "deficit rate" is comparatively.  The results are staggering and eye-opening.  You are welcome to check my math.

Democrats OUT-DEFICIT Republicans by $4.23 to $1.00 (in terms of deficit spending) and that is a FACT.  Anyone can pull the figures and do the math themselves.  It does not matter which party is in the White House - it matters which party has majority control.  In the period in question, Democrats had control for 15 years and Republicans had control for 18 years.  During the 15 years that Democrats had control, they added $8.014 TRILLION to the national deficit.  During the 18 years that Republicans had control, they added $2.280 TRILLION to the deficit.  The yearly rate is $534 BILLION to $127 BILLION.

Folks, we have a real clear choice this November.  We can argue about policy until we are blue in the face.  We can fight over the Obamacare Tax until the cows come home.  But we need to reduce this to something VERY simple and easy to understand.  Democrats will put this nation deeper into debt than Republicans.  Full STOP!

The graphic to back my claim is included.  I intend to continue my education efforts on this matter until I can no longer draw breath.  I am interested in ONLY the facts.  Here they are! 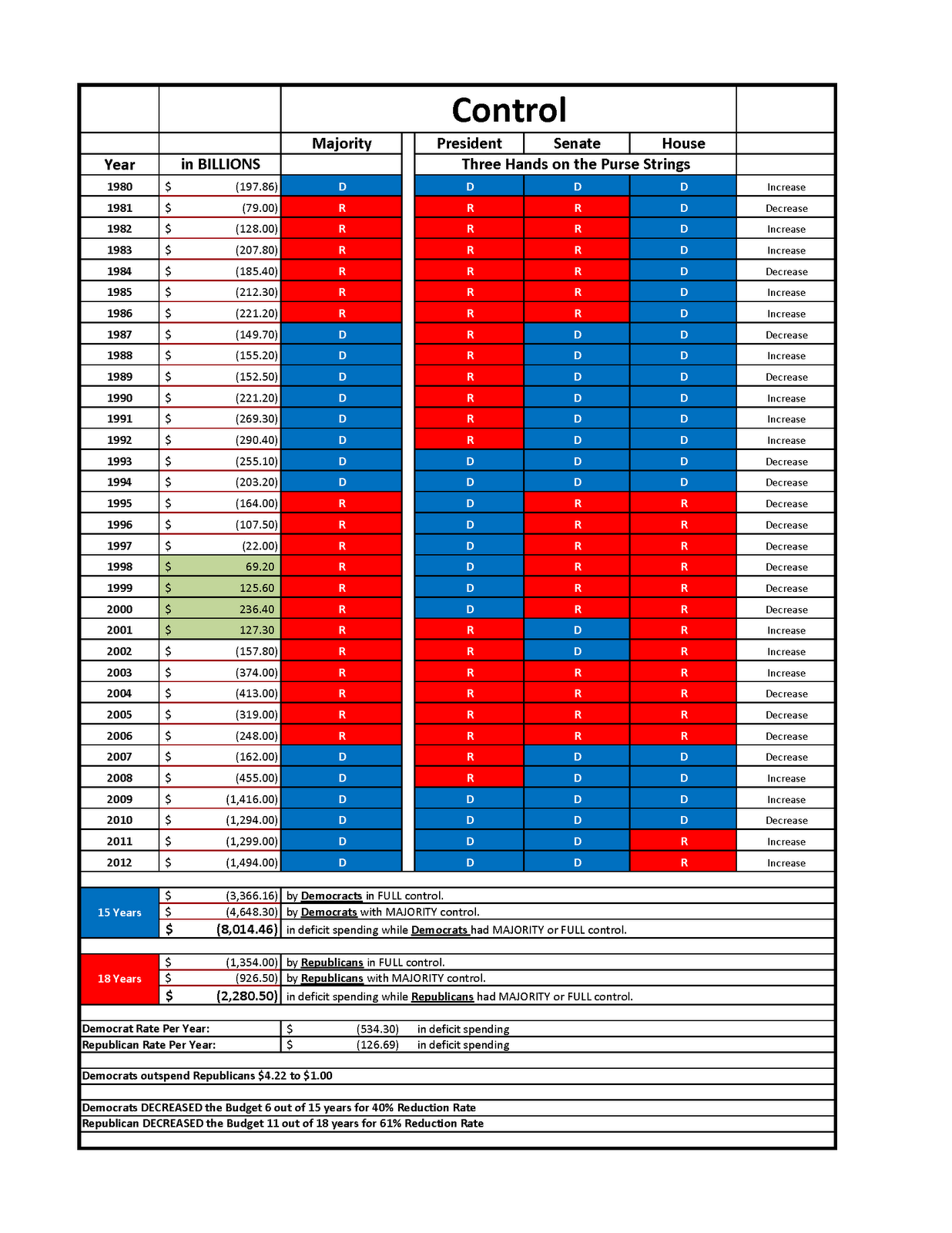