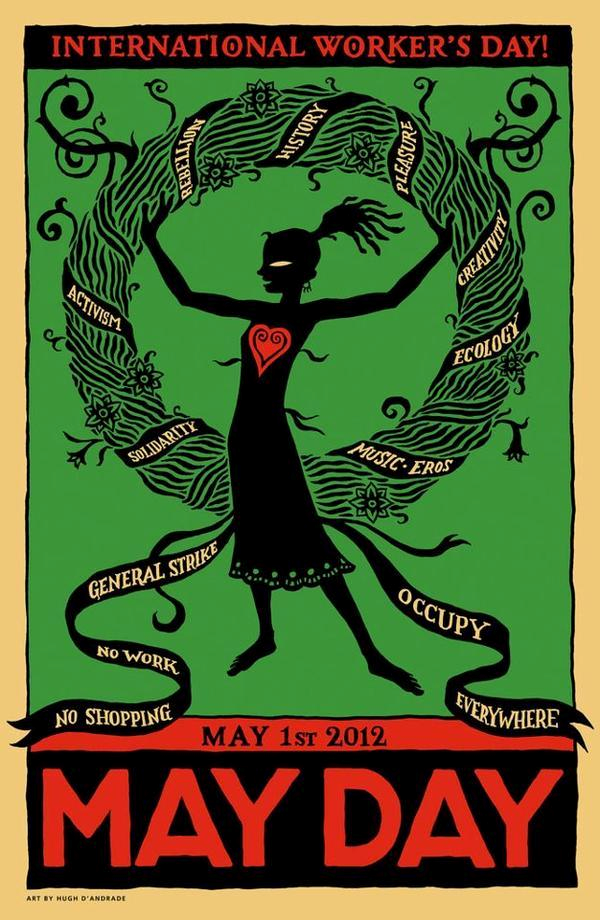 Something Wrong With This Picture

Protestors are told May Day 2012 - Take the Streets

No Work - No School - No shopping - No Housework…

May 1st will be the big debut of the Wall Street Protestors.  They’ve gone thru extensive training actually “boot Camp.”  They receive wages and food for their destruction of public property and disruptive behavior on Public Property.  The key players are Barack Obama, Soros, Van Jones, Code Pink, ALexrod, Unions and a boatload of other Radicals. While they worked on organization, what did we do?

They are organized now, their script is written and they are instructed to be confrontational, disruptive and like Soros promised there will be blood in our streets. Obama wants this and then he will pull the plug and place us under Martial Law (not peacetime Martial Law.)

Have States prepared for the rioting and protests that are about to take place?  Hopefully they have rigid rules & laws pertaining to protestors and/or rioters. Will it be taxpayers who once again pay for the vandalism and destruction caused by this low life?  Do they have curfews established, applications for protesting with rules in large print.  Are fines established when businesses are stopped from doing business as usual?  What happens when they confront school children or impede traffic flow?

Does everyone know what the State laws are for protests and or riots?  Has your States prepared themselves in advance for what is about to happen?  Without written laws signed by the people in charge of these protests, private citizens, businesses and our Police are in danger.  This time someone must be held responsible for their behavior and it definitely shouldn’t be the taxpayers.

The Wall Street Protestor have received extensive spring training for May Day and this will be a kick off for protests and /or riots the remainder of the year.