In the midst of foreign enemy pitched firefights, IED’s and rocket barrages, the Ohio military service men and women are now being targeted by an enemy at home as well. Obama presidential campaign officials, with the apparent go ahead from the commander-in-chief is suing to eliminate the legal voting rights of Ohio military soldiers. Millions in Ohio and across the nation may regard this as an unthinkable act of unbelievable disservice to soldiers who place themselves in harm’s way daily. Of course, they would be correct.

For a calculating politician who had just visited the Buckeye State, just scant days before, one would surmise that this callous act would not have occurred. Well it has occurred and it is clear from the Obama administration’s undertaking to openly deceive and divide the voting public with deceptive attention diverting advertising ploys against Mitt Romney, their end game is to win this key battleground state.

What drives this desperate move to disarm Ohio’s military voters is possibly tied to the Wednesday Gallup Poll numbers that were released, showing Obama’s approval poll numbers stalling at 46 percent in Ohio. If these underperforming approval ratings worsen as the campaign heads into the post Memorial Day election battlefield, Obama and his administration will be decommissioned by the voters of Ohio.

Enter the Obama campaign’s clumsy effort to outflank the one area of the Ohio voter base that can unseat the president: the military vote. This is important, because in the 2008 presidential election, approximately 1.7 million votes or close to 30 percent of Ohio’s vote total were cast through absentee ballots. With the military vote making up a large chunk of the votes cast and most military votes are supposedly typically cast for the republican presidential candidate, you can do the math. Eliminate the military early voting right and you eliminate a probably Obama presidential re-election loss.

What appears unfathomable to a majority of Americans in the heartland, is how can a president of the United States fight to protect the rights of millions of illegal aliens who engage in an ongoing criminal activity, i.e. residing in the United States by breaking federal and state laws of entry. Meanwhile soldiers under President Obama’s command are being undermined by this same commander-in-chief who is fighting in the courts to destroy the valuable voting rights of military servicemen and women protecting this nation.

Righteous outrage is the first phrase that comes to mind and former decorated military officer and now Florida congressman, Allen West is outraged by this dishonorable practice by Obama and his presidential campaign. Congressmen West stated, "To have the Commander in Chief make our US Servicemen and Women the target of a political attack to benefit his reelection actions is reprehensible.”

Yes, indeed and when you think about your family members who have been noble in their performance of duty and service to this nation it indeed leaves one with a deep sense of betrayal by Obama and his administration. On one hand as Obama’s campaign fights to take soldier’s early voter rights, the other Obama hand fights to increase and fast track jobs, education, housing for illegal aliens. His administration also is in court fighting to weaken state voter ID laws which will increase illegal alien illegal voting.

Soldiers who wear the uniform of the United States' military are not going to take this laying down. In fact, while the president’s men are sniping at our soldiers’ voter rights, military organizations have entered the field of battle. AMVETS, the Association of the U.S. Army, The National Guard Association of the Unites States and many others are rallying to the cause in a concerted effort to force dismissal of the Obama’s sanctioned lawsuit against soldiers.

Write to this page… and let your feelings as well as your support be known!

Write to your congressional representative. Write the White House. Stand with the soldiers and with Congressmen Allen West who says with a noble heart, “As a Combat Veteran, for this President to unleash his campaign cronies against our Military is unconscionable… Barack Obama is undeserving of the title Commander-in-Chief."

Ohio’s military knows it; Now America must know it…Forward to November when American military soldiers can give President Obama his separation from service papers for dishonorable conduct. This is a change that America can believe in. 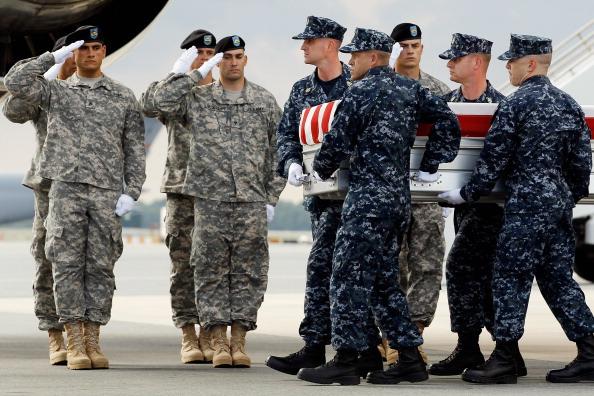 Let me know what you think: http://shar.es/v6iuL