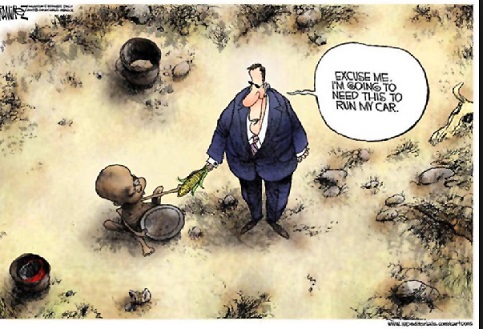 It has been said that if we were getting so-called “alternative” energy from potatoes instead of corn, the first primary/caucus would be held in Idaho instead of Iowa. As it is, ethanol from corn in the first state where votes are actually cast in a presidential election has led to endless political pandering in support of a fuel that consumes more energy than it provides, is difficult to transport, reduces car mileage, can damage auto enegines, and damages the environment.