The Kentucky state flag was adopted in 1962. The state seal design is featured in the center, with the state motto: United We stand, Divided We Fall.

80 Members
Join Us!
Some states have made changes to election dates and procedures in response to the coronavirus pandemic. For the latest, visit: Changes to election dates, procedures, and administration in response to the coronavirus (COVID-19) pandemic, 2020.
Kentucky: Kentucky postponed its primary election, originally scheduled for May 19, 2020, to June 23, 2020. On April 24, 2020, Governor Andy Beshear (D) issued an executive order directing "all Kentuckians [to] utilize absentee voting by mail for the June 23, 2020, primary election if they are able to do so."
Polling places: Polling locations are subject to change. Click here to access the state's official polling site locator. For more information, contact your state election officials.
Kentucky election dates, 2020

Statewide election dates in Kentucky are listed below. For more dates, please see the elections calendar.

Offices on the ballot

Below is a list of 2020 Kentucky elections covered by Ballotpedia. Follow the links to learn more about each type.

of 6 Next
This reply was deleted. 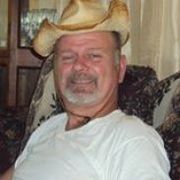 Stand Up!My decision to run as a write in candidate forthe United States Senate seat currently held byMitch McConnell hasn't been made lightly.I had to ask myself what could I do with just 50 bucks and the truth against people with 100 million dollars and an agenda.The answer is simple. I can stand up and tellthe truth. The truth is we are in trouble. Big Trouble.Everyday it's more of the same. Broken Borders for ourenemies to take advantage of, or it's bad news fromWashington of more job…

What Is The U.S. Constitution?

What Is The U.S. Constitution?I am reposting this article which I wrote a couple of years ago... Please read, learn and enjoy... More importantly... act... as the time has come for us to do far more then just being heard... The time has come for us to take our Nation back... She has loved each of us and has served us proudly... It is now time to give back that which she has provided... We must now protect her and all for which she stands!I believe that many of our citizens need to be educated…

REMOVE THE MOSQUE IN THE CAPITAL BUILDING

Your infidel taxpayer dollars at work! The dome on Capitol Hill will be gilded in no short order. Where is the separation of mosque and state? Head slap! There s no separation. Mosque is state. (hat tip Creeping Sharia)The Congressional Muslim Staffers (CMSA) – a group we told you about numerous times now (read previous posts here), and their leader Jihad. Well, he chose the name Jihad it always seems to be abbreviated to J. when the media is around.Folks – this is the United States Capitol…

How is it that so much intelligence can be wasted here?  Honestly I have waded through so much that you have said.  I must say something very simple.  Get your point across (although very short sighted) in less wording.  This is my first entry into the world of your sticky politics.  You are all here wrong plain and simple.  We wil discuss it furthur but I wonder how long till my post gets deleted for its inflammatory manner.  The party that you all are following is wrong.  Dont latch on to a…