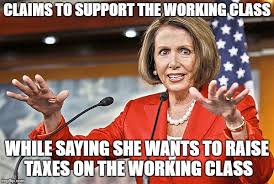 Last night was supposed to be “the big night” for Joe Biden’s spending agenda in the House of Representatives. Democratic leadership was ready to “muscle through” the first procedural vote on Biden’s $3.5 trillion reconciliation spending bill over the objections of every Republican and even some members of their own party. Unfortunately for them, it appears that they may need to summon the brute squad. The same nine moderate Democrats who penned an op-ed about passing the infrastructure bill first this week did not develop any cracks in their armor. After reportedly spending hours on negotiations, promises, cajoling and threats until well after midnight, the House leadership finally threw in the towel and decided to try again today. No votes were taken on the massive spending bill. (Associated Press)

Tensions flared and spilled into early Tuesday as a band of moderate lawmakers threatened to withhold their votes for the $3.5 trillion plan. They were demanding the House first approve a $1 trillion package of road, power grid, broadband and other infrastructure projects that’s already passed the Senate.

Despite hours of negotiations at the Capitol, the House chamber came to a standstill and plans were thrown into flux late Monday, as leaders and lawmakers huddled privately to broker an agreement. Shortly after midnight, leaders announced no further votes would be taken until Tuesday’s session.

Welcome to the Democratic Party that can’t take yes for an answer. It seemed pretty clear from that op-ed yesterday that the Gang of Nine centrist Democrats weren’t going to budge on this. And lashing the reconciliation bill to the infrastructure bill would assure that not a single Republican voted for either. Pelosi’s margin of error on any vote is currently sitting at three or four people, so the Fellowship of the Moderates knows they are holding all of the cards.