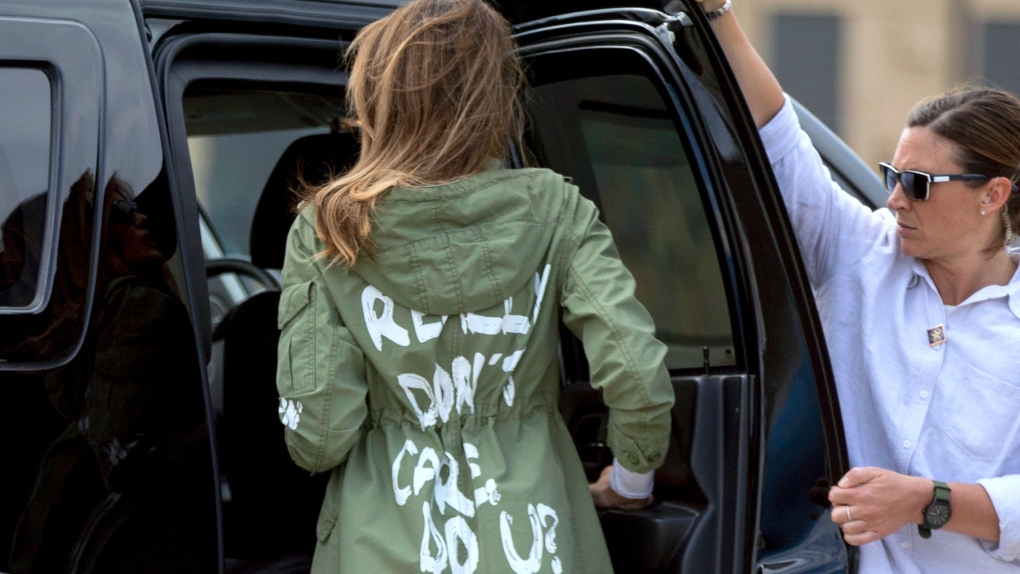 CNN is having a field day with illicitly obtained tapes of first lady Melania Trump's private conversations, recorded a so-called 'friend.' This is going to backfire.

CNN got all breathless with news of what Melania Trump said in private to Stephanie Winston Wolkoff, a Manhattan socialite who had been best friends with Melania since 2003.

First Lady Melania Trump was secretly recorded in the summer of 2018 expressing her frustration at being criticized for her husband's policy of separating families who illegally crossed the southern border while at the same time needing to perform traditional first lady duties, such as preparing for Christmas.

"They say I'm complicit. I'm the same like him, I support him. I don't say enough I don't do enough where I am," she said in a tape secretly recorded by Stephanie Winston Wolkoff, a former friend and senior adviser to the first lady who wrote a book about their relationship, "Melania and Me."
The tapes were played exclusively on CNN's "Anderson Cooper 360" on Thursday night and were recorded by Wolkoff after she left the White House.
"I'm working ... my a** off on the Christmas stuff, that you know, who gives a f*** about the Christmas stuff and decorations? But I need to do it, right?"

Apparently we are supposed to be scandalized. Or something.

In reality, Melania looks good in those remarks. She cared more about helping migrants than she did about White House decorating, which says something.

What we really learn is that she had probably the creepiest best friend of all time, walking around with her, and recording. I don't know any best friends who do that, do you? What kind of creature does that, other than a spy from a hostile foreign power or a police informant? Nobody normal, that's for sure. That's why such things stay secret. But not to this creature, who's blown it all over the television sets of America with her name attached and is shilling a tell-all book to make money.