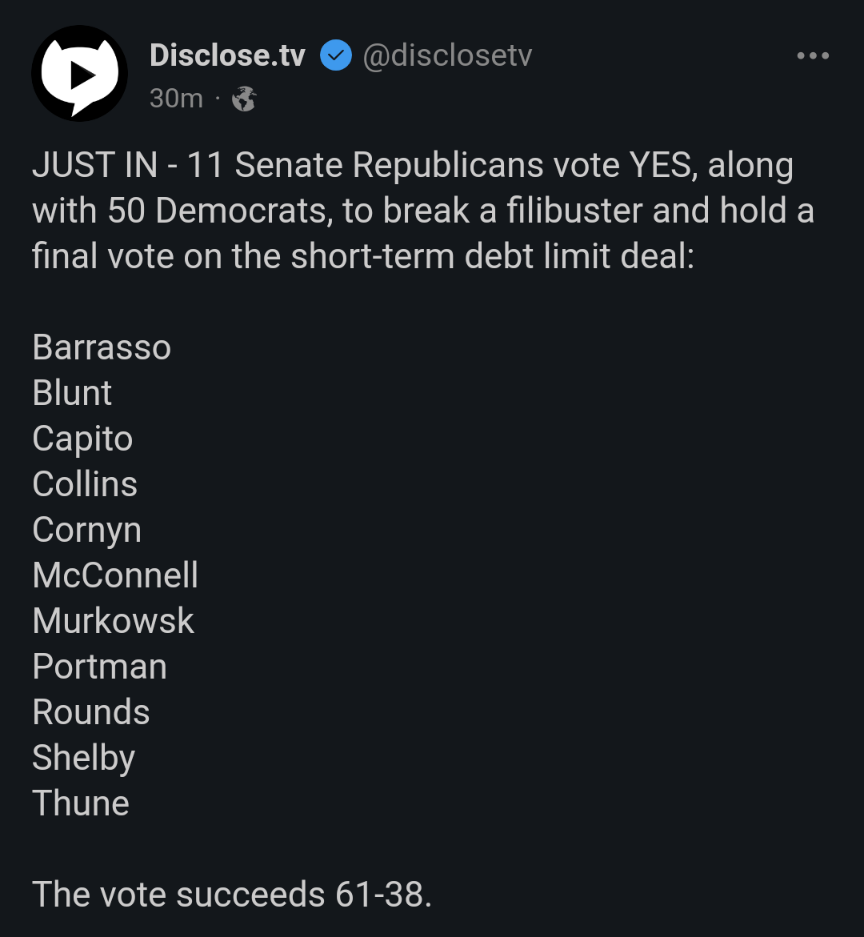 The animated reaction came as Schumer was speaking before the Senate officially extended the government’s borrowing authority — and it was all captured by a CSPAN camera.

“Republicans played a dangerous and risky partisan game, and I am glad that their brinksmanship did not work,” Schumer began his remarks, with Manchin sitting behind him in view of the camera.

As Schumer cast blame on Senate Minority Leader Mitch McConnell and GOP Senators, Manchin first appeared to shake his head then pressed his palms to his face in dismay.