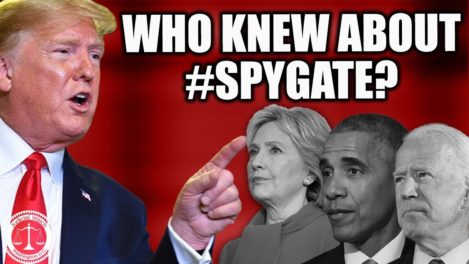 The multiple investigations of the U.S. government’s intelligence-gathering activities against the Trump campaign have typically focused on the actions of the same small group of former officials: James Comey, Andrew McCabe, Peter Strzok, Lisa Page, John Brennan, James Clapper and a few others.

But just as significant to the efforts to get to the bottom of the government’s Trump-related surveillance are a handful of current and former FBI and Justice Department employees whose names are not as well known to the public.

The investigations occur against the backdrop of a probe that U.S. Attorney John Durham is leading into the origins of the Trump-Russia probe. Durham is reportedly investigated some of the information revealed in a Justice Department inspector general’s report that said the FBI made at least 17 “significant” errors and omissions in applications for Foreign Intelligence Surveillance Act (FISA) warrants against Carter Page.

Some of the FBI and DOJ employees discussed in the IG report are identified as pseudonyms. But the subpoenas from Senate Republicans provides clues as to who some of those FBI and Justice Department employees are.

The Daily Caller News Foundation has identified eight individuals on those lists who were key figures in the Trump-Russia probe.

read more about them here: https://dailycaller.com/2020/06/21/trump-russia-somma-laufman-clinesmith/