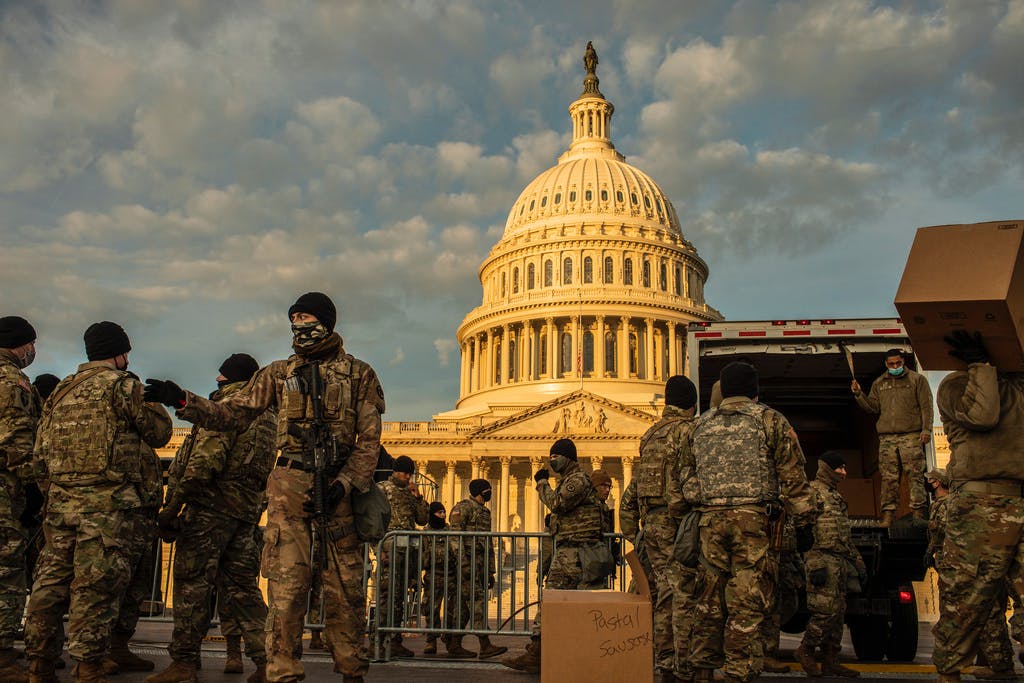 Gov. J.B. Pritzker activated 500 Illinois National Guard troops Thursday, with plans to send them to Washington D.C. "at the request of the Department of Defense, his office announced.

“The U.S. Department of Defense has asked Illinois to assist federal and local agencies in this continued effort, and Major General Neely and I are ready to ensure that the state of Illinois continues its proud legacy of protecting our democracy,” Pritzker said in a statement. “Ultimately, we must root out the dark forces of racism, white supremacy and disinformation that have created this moment, but until we do that, our extraordinary troops will deploy with honor.”

The soldiers, along with some Illinois Air National Guard airmen, are expected to remain at the nation’s capital until mid-March.

of 23 Next
This reply was deleted.