Note: The following articles and/or blogs and eye-opening videos relate to this disturbing and gut-wrenching issue-You Decide:

Video: The Rise And Fall Of The American Empire, Where It All Started And How It Ends!-Posted on Before It’s News-By Josey Wales (Reporter)-On November 26, 2013:

THE SPEECH YOU WERE NEVER SUPPOSED TO SEE: ‘Suppressed, deleted, removed from Net – now unedited version back’!-Posted on WND.com-On November 27, 2013:

Video: Jesse Ventura Calls For Revolution – Two Evils In US Politics Mean No Choice At All!-Posted on Before It’s News-By N. Morgan-On November 26, 2013:

Video: Birthers Planning Obama End: wheresobamasbirthcertificate.com Plans To Reveal Every Politician That Got The 200 Sheriff’s Kits!-Posted on Before It’s News-By King of Shambhala (Reporter)-On November 26, 2013:

THE GUN CONFISCATION NOTICE AN NYC RESIDENT REPORTEDLY RECEIVED WILL LIKELY SEND CHILLS DOWN YOUR SPINE!-Posted on The Blaze-By Jason Howerton-On November 27, 2013:

Retired generals critical of Obama say “peaceful civil uprising not out of the question”!-Posted on allenwest.com-By Allen West-On November 26, 2013:

The Sides Are Forming For The Coming Civil War!-Posted on Militia News-By Dave Hodges.-On November 28, 2013:

‘AMERICAN WARRIOR BLOOD IS POOLING IN OVAL OFFICE’: Is Obama bigger threat to U.S. military than even Taliban?-Posted on WND.com-By GARTH KANT-On December 8, 2013:

Why Are Dozens Of High Ranking Officers Being Purged From The U.S. Military?-Posted on Freedom Outpost-By Michael Snyder-Nn January 17, 2014:

The Vetting: ‘Obama, Radical Islam and the Soros Connection’! (Part 1):

The Vetting: ‘Obama, Radical Islam and the Soros Connection’! (Part 2):

The Vetting: ‘Obama, Radical Islam and the Soros Connection’! (Part 3):

The Vetting: ‘Obama, Radical Islam and the Soros Connection’! (Part 4): Time To Remember The Price Of Freedom!

Communists and Muslims: The Hidden Hand of the KGB!

Is it important to understand the Marxist assault on the foundations of our system?
http://weroinnm.wordpress.com/2011/01/27/is-it-important-to-underst...

Clearing the Smoke on Obama’s Eligibility!

Was there a conspiracy to put Obama in the White House?

Active complaint to the FEC over President Obama’s campaign finances!

The coming chaos from the Obama-Soetoro playbook!

WHEN LOVING YOUR COUNTRY MAKES YOU AS A DOMESTIC TERRORIST!-Posted on Tea Party Command Center-By Jake Martinez-On July 7, 2012:

What Happened to Free Speech?

Letter To NM U.S. Senator Udall (Re: Orchestrated collapse of the U.S. Dollar)!

Follow-up Letter To NM U.S. Senator Jeff Bingaman Regarding My Request For Full-scale Investigation Into Allegations Made By Sheriff Arpaio’s Cold Case Posse! 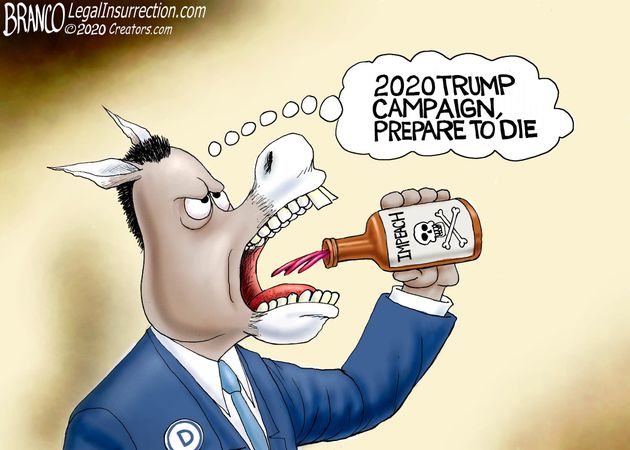 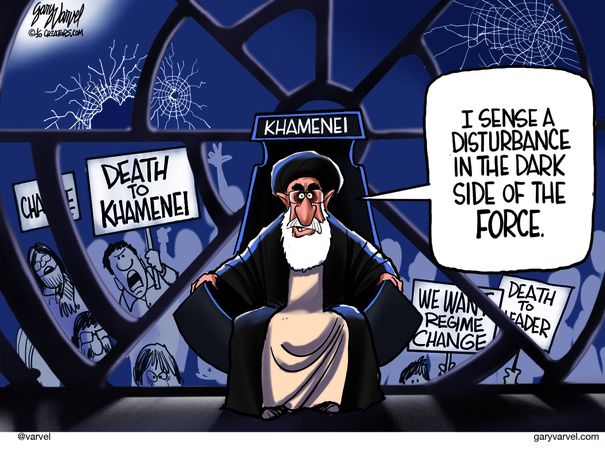 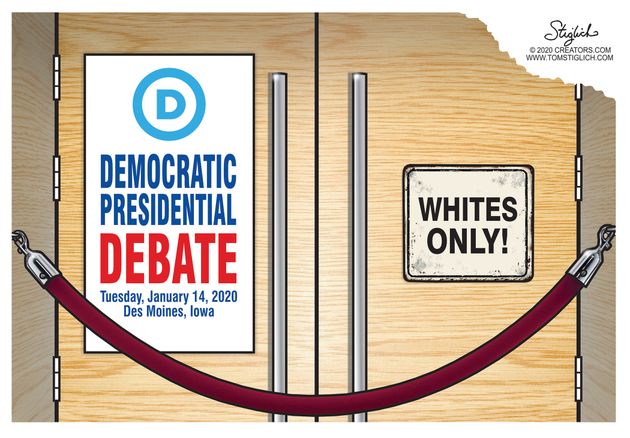 The West Virginia Senate adopted a resolution to remind Virginia residents from Frederick County that they have a standing invite — from 1862 — to become part of West Virginia.

This week West Virginia has once again invited persecuted Virginia pro 2-A counties to come join their state.

Providing for an election to be had, pending approval of the General Assembly of the Commonwealth of Virginia, and a majority of qualified citizens voting upon the proposition prior to August 1, 2020, for the admission of certain counties and independent cities of the Commonwealth of Virginia to be admitted to the State of West Virginia as constituent counties, under the provisions of Article VI, Section 11 of the Constitution of West Virginia

Whereas, The Legislature of West Virginia finds that in 1863, due to longstanding perceived attitudes of neglect for the interests of the citizens of Western Virginia, and a studied failure to address the differences which had grown between the counties of Western Virginia and the government at Richmond, the Commonwealth of Virginia was irretrievably divided, and the new State of West Virginia was formed; and

Whereas, Such division occurred as the Trans-Allegheny portions of Virginia perceived that they suffered under an inequitable measure of taxation by which they bore a disproportionate share of the tax burden; and

Whereas, That this perception was further compounded by the effects of a scheme of representation by which Trans-Allegheny Virginia was not allowed to have its proper and equitable share of representation in the government at Richmond; and

Whereas, Though this course led to an irreconcilable division, and the subsequent formation of West Virginia, yet, the longstanding peaceful cooperation between this State and the Commonwealth of Virginia is a sign that such separation, undertaken even under the most challenging and onerous of circumstances, can, with the passage of time, yield lasting results which are beneficial to both sides; and

Whereas, In the intervening years, the same neglect for the interests of many of the remaining counties of the Commonwealth of Virginia has allegedly been evidenced by the government at Richmond; and

Whereas, Particularly, many citizens of the Southside, the Shenandoah Valley, Southwestern Virginia, and the Piedmont contend that an inequitable measure of taxation exists by which they bear a disproportionate share of the present tax burden of the Commonwealth; and

Whereas, In recent days, these tensions have been compounded by a perception of contempt on the part of the government at Richmond for the differences in certain fundamental political and societal principles which prevail between the varied counties and cities of that Commonwealth; and

Whereas, In the latest, and most evident, in this string of grievances, the government at Richmond now seeks to place intolerable restraints upon the rights guaranteed under the Second Amendment of the United States Constitution to the citizens of that Commonwealth; and

Whereas, The Legislative body of West Virginia believes that this latest action defies the wise counsel which has come down to us in the august words of our common Virginia Founders: as the government at Richmond now repudiates the counsel of that tribune of liberty, Patrick Henry-who stated to the Virginia Ratifying Convention in 1788 that “The great object is that every man be armed. Everyone who is able might have a gun”; and

Whereas, The government at Richmond now repudiates the counsel of a Signer of the Declaration and premier advocate of American independence, Richard Henry Lee-who stated in The Federal Farmer that “To preserve liberty, it is essential that the whole body of the people always possess arms”; and

Whereas, The government at Richmond now repudiates the counsel of that zealous guardian of our inherent rights, George Mason-who stated that “To disarm the people…[i]s the most effectual way to enslave them”; and

Whereas, The government at Richmond now repudiates the counsel of the declaimer of our independence and theoretician of our freedoms, Thomas Jefferson-who stated in his first draft of the Virginia Constitution, that “No free man shall ever be debarred the use of arms”; and

Whereas, These Boards of Supervisors and Councils have passed resolutions refusing to countenance what they affirm are unwarranted and unconstitutional measures by that government to infringe the firearm rights of Virginians; and

Whereas, The actions of the government at Richmond undertaken since the recent general election have, regrettably, resulted in unproductive contention and escalating a lamentable state of civic tension; and

Whereas, That, as has been proven in numerous instances, such as have been observed internationally in more recent times with the peaceful dissolutions of Czechoslovakia and the Soviet Union, and the creation of South Sudan, or, earlier in Virginia’s own history, with the formation of Kentucky, the peaceful partition of neighboring peoples can occur, and, is often very beneficial to both sides in reducing tensions and improving the tenor of discourse over ongoing political and societal differences; and

Whereas, Article VI, Section 11 of The Constitution of the State of West Virginia explicitly permits additional territory to be admitted into, and become part of this state, with the consent of the Legislature and of a majority of the qualified voters of the state; and

Whereas, In a spirit of conciliation, the Legislature of West Virginia hereby extends an invitation to our fellow Virginians who wish to do so, to join us in our noble experiment of 156 years of separation from the government at Richmond; and, we extend an invitation to any constituent county or city of the Commonwealth of Virginia to be admitted to the body politic of the State of West Virginia, under the conditions set forth in our state Constitution, specifically, with the consent of a majority of the voters of such county or city voting upon such proposition; and we hereby covenant that their many grievances shall be addressed, and, we further covenant with them that their firearms rights shall be protected to the fullest extent possible under our Federal and State Constitutions; and

Resolved by the Legislature of West Virginia.