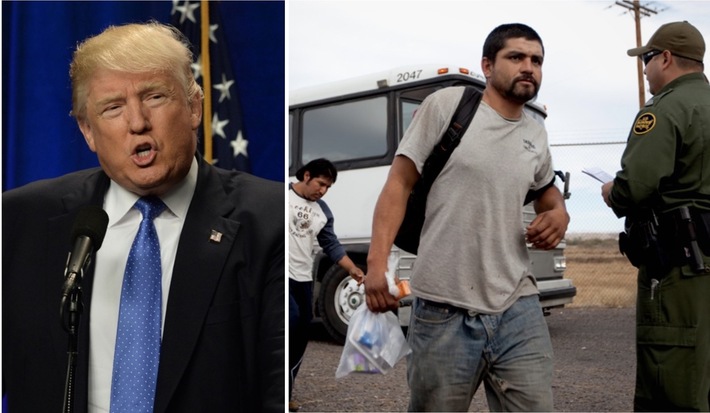 Why is it that our immigration laws the only laws that people openly condone breaking? Immigration laws were put in place for a reason, and they should be respected and followed like all our other laws.

I love that all the same people who said illegals make their city better, now don't want them even on temporary bases, saying it's a political game, the only game I see is the lying done by liberal mayor's, governors and senators. You can't say how great it then goes there only great if they happen to be there, but we don't want them brought here. Does anyone in Washington tell the truth?

On Saturday night, President Trump tweeted that the government has every right to transfer apprehended illegal immigrants to designated areas such as "sanctuary cities." Here's what he said: “Just out: The USA has the absolute legal right to have apprehended illegal immigrants transferred to Sanctuary Cities. We hereby demand that they be taken care of at the highest level, especially by the State of California, which is well known or its poor management & high taxes!”

The opposition media is telling the President of the United States that he can't do it and it would be illegal to attempt that course of action.

Hogan Gidley, White House Principal Deputy Press Secretary, joined Fox News’ Jeanine Pirro on Saturday to talk about the proposal to transport these individuals to the sanctuary cities. Let me remind you, this is not a done deal yet as President Trump is still working the legal aspects of it.

“They are telling us you cannot keep family units who come here illegally and unlawfully at the southern border. You can’t keep them at detention facilities. You can’t deport them. The only thing you can do is as an administration is release them into American communities…

We’d love to work with you guys to figure out exactly the best way to transport these people were here illegally and unlawfully and into your communities and your districts and your states.”

If the Dems don't want to work with the president, the president has to make his own choices alone, and they have no say in the matter. Why do the Dems want to allow these people in without vetting and placed everywhere? It's not for humanitarian reasons since they are trampling on Gold Star families and veterans in need, in favor of illegals. It serves no purpose but one - they must be making money - lots of money - off the drugs the cartels bring in. How else do they get so rich so quickly? Nancy? Care to remark on that?

The left tells us there is no crisis at the border. It's just a million people a year crossing the border to bless us with diversity. Let's see how blessed they feel when all million go to their cities.

This proposal has to be the best idea President Trump has had so far, but I thought to do that for the last two years. I thought it would be a great idea to make California a sanctuary state and transport immigrants to California. Send them to the sanctuary cities with the understanding if they are caught outside that city, they and their family will automatically be deported and not allowed to return.

Mayors of sanctuary cities have complained for years that we do not need border security and that immigrants are welcomed and harbored in their cities. Here is their opportunity for reelection.

if we can ship them to san cities why can't we ship them back to the rio grande and throw them in.   the wall must keep being built

catch and release is a joke.