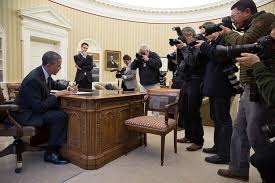 Obama has just added another change to Obamacare for small businesses.

hOW TRUE THIS IS, I DO NOT KNOW AS FAR AS WHAT WAS SAID. SAVAGE ON HIS REGULAR RADIO SHOW HAS SUGGEST THAT OBAMA, SUDDENLY HAS BECOME A CHRISTIAN AGAIN! WHEN WAS THIS MARXIST COMMIE EVER BEEN? HE HAS CAME AGAINST OUR DEMOCRATIC NATION FRIENDS AND SNUBBED THEM! IS IT NOT INTERESTING THAT OBAMA, AND WE SEE HE IS AN HABITUAL LIAR, IS ALWAYS SUPPORTED BY THE MOST CORRUPT MEDIA THE WORLD HAS EVER SEEN? THEY LOST THE WAR AGAINST COMMUNISM IN NAM. THEY STOMPED ON OUR VETERANS GRAVES. DO YOU REALLY CARE AS AMERICANS?

lOVE IT AND TOTALLY TRUE,, DO YOU NOT KNOW THAT WHAT YOU EARN IS THE FEDERAL GOVERNMENTS AND THEY DECIDE WHAT YOU KEEP! NOW WATCH WHAT COMES NEXT FRO THIS MUSLIM/COMMUNIST! NO MATTER HOW MUCH IT IS AGAINST OUR AMERICAN RIGHTS THE LIBERAL MEDIA WILL GO ALL OUT TO SUPPORT IT!