TheFrontPageCover
~ Featuring ~
Impeachment Trial Day 3:
Can We Get a Witness?

by sundance
{ theconservativetreehouse.com } ~ Mark Meadows and Trey Gowdy appear on Fox News with Maria Bartiromo to discuss their perspectives on the ongoing impeachment trial of President Trump... Both Meadows and Gowdy point out the important aspect in HPSCI Chairman and Lead House Manager scumbag/liar-Adam Schiff constructing false information to continue an ongoing effort; that has never ceased since the original fraudulent claims around the Russia collusion conspiracy. Mr. Gowdy notes the unusual 2020 narrative that running for office makes you immune from any federal investigative inquiry; and contrasts that position against 2016 where candidate Donald Trump was considered a viable target by the scumbag/liar-nObama administration.  https://theconservativetreehouse.com/2020/01/26/mark-meadows-and-tr...

by sundance
{ theconservativetreehouse.com } ~ Representative John Ratcliffe appears with Maria Bartiromo to discuss the fraudulent construct of the House impeachment articles... Ratcliffe highlights how the ‘whistle-blower’ CIA Eric Ciaramella and the Intelligence Community Inspector General, Michael Atkinson, have conflicting testimony in the House and that’s why Impeachment Manager scumbag/liar-Adam Schiff will not release those transcripts.

by sundance
{ theconservativetreehouse.com } ~ Senator James Lankford appears on ABC This Week with George Stephanopoulos to discuss his perspective around the ongoing senate trial of President Trump... During the interview DNC operative Stephanopoulos attempts to retain an opposition false narrative and Senator Lankford just fillets the arguments with facts. Stephanopoulos is visibly upset with his inability to upend Lankford. 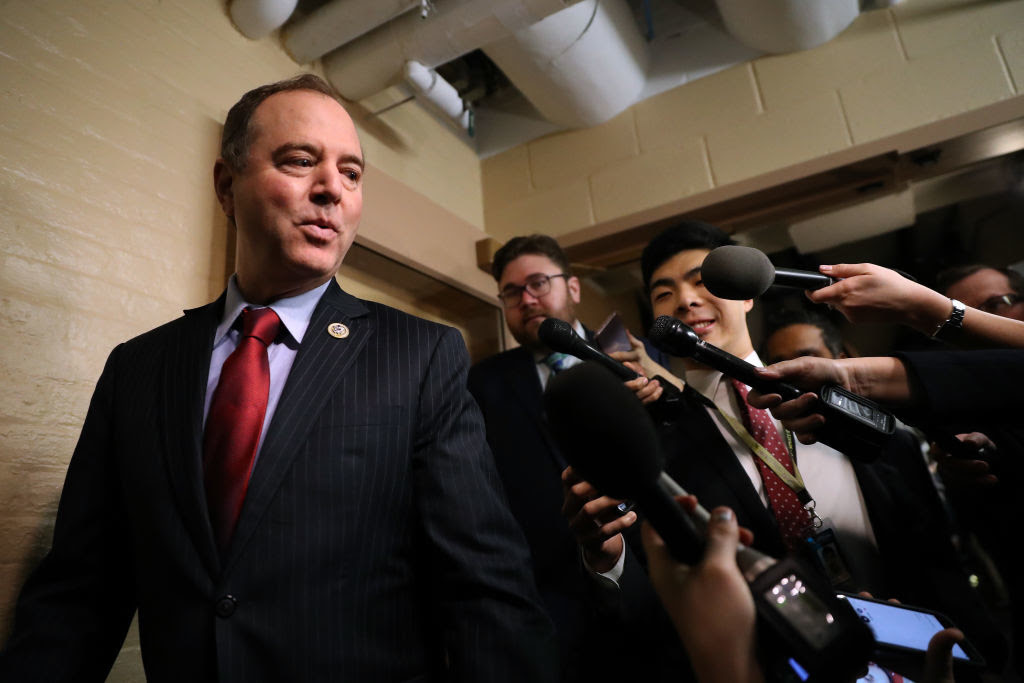 by GIANCARLO SOPO
{ theblaze.com } ~ According to President Donald Trump's legal team, Democrats are concealing the testimony of a major witness the House questioned during its investigation into the Ukraine matter... Alex Swoyer and S.A. Miller at the Washington Times reported that House Democrats are refusing to disclose the testimony of Michael Atkinson, the intelligence agency inspector general with firsthand knowledge of the origins of the whistleblower complaint that resulted in Trump's impeachment. 'It raises credibility issues'. At least one Republican who was present during Atkinson's testimony says the reason why Democrats are not sharing the information is because it does not advance House Intelligence Committee Chairman scumbag/liar-Adam Schiff's impeachment case against the president. The Times also noted that the evidence may be "potentially exculpatory" for the president. However, members of the House Intelligence Committee who conducted the interview are not allowed to disclose the details of the discussion, as it could reveal potentially sensitive intelligence information. "The reason it hasn't been released is it's not helpful to scumbag/liar-Adam Schiff. It is not helpful to the whistleblower," Rep. John Ratcliffe (R-Texas) said. "It raises credibility issues about both of them."...

https://www.theblaze.com/news/schiff_hid_evidence_michael_atkinson?...
.
Trump lawyer reveals how Dems 'hid' a major
piece of evidence that absolves the president 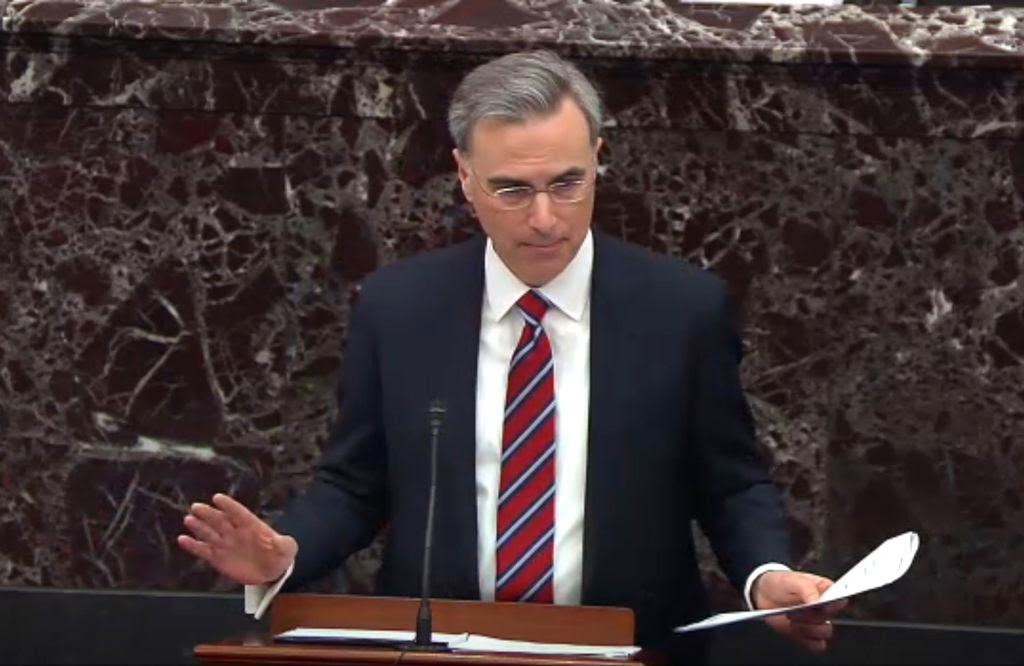 by GIANCARLO SOPO
{ theblaze.com } ~ If you only listened to the House Democrats' case against President Donald Trump, one could walk away thinking that freezing foreign aid to Ukraine was an unprecedented move by the administration... But, as Townhall's Cortney O'Brien points out, the White House's top lawyer, Pat Cipollone, revealed to the nation and members of the Senate a major piece of evidence that Democrats have conveniently omitted from their presentations. "They didn't tell you that burden sharing was discussed in the call," Cipollone said Saturday, referring to Trump's call with the president of Ukraine. As Cipollone pointed out, in his July 25 call with Ukrainian president Vladimir Zelensky, Trump told the newly elected leader that Germany and other European nations do "almost nothing" for them. According to transcripts of the conversation, Zelensky said Trump was "absolutely right." House Democrats "didn't have time in 24 hours to tell you this in their impeachment remarks," Cipollone said. Cipollone's argument even resonated with CNN legal analyst Jeffrey Toobin who, in his analysis of the Trump defense team's remarks, acknowledged the president's lawyers raised a "legitimate" point by underscoring the president's longstanding concerns with foreign aid and burden-sharing among nations. "They did make one good point about the transcript, I thought, which was the president did about burden-sharing in that phone call, and the House managers didn't focus on that or even mention it. And fair is fair," he said, the Washington Examiner reported... 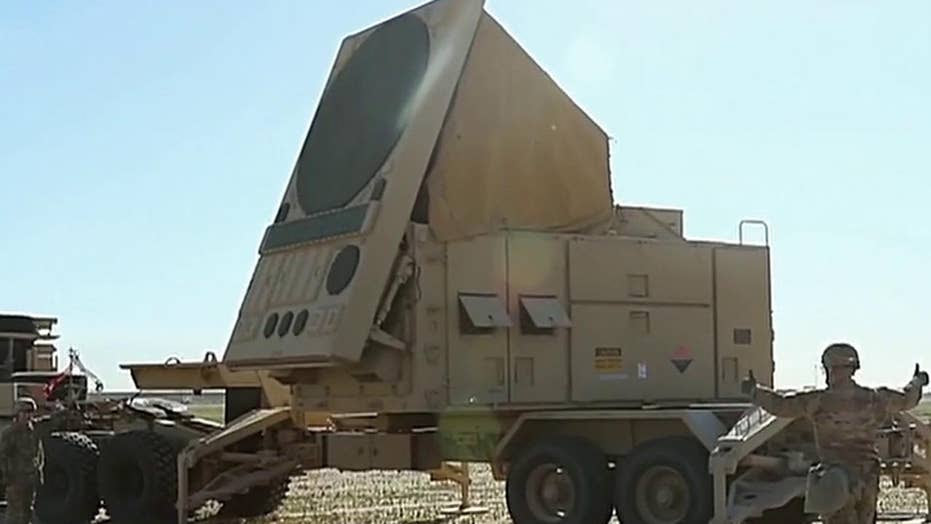 By Bradford Betz and Jennifer Griffin
{ foxnews.com } ~ The U.S. Embassy in Baghdad was struck by at least one rocket Sunday evening in the latest attack on American targets in Iraq... a senior U.S. official confirmed to Fox News. The official said all Pentagon officials are safe and accounted for. There were no reported deaths or injuries. “The security situation remains tense and Iranian-backed armed groups remain a threat. So, we remain vigilant,” a State Department spokesperson told Fox News. Former Deputy Prime Minister Hoshyar Zebari blamed the rocket attack on an “unruly militia.” “The Embassy restaurant or canteen was damaged and burned. This is a very dangerous game by #PMF uncontrolled factions to galvanize the tense situation. It must stop,” he tweeted, referring to the Popular Mobilization Forces, an Iranian-backed militia in Iraq. Separately, five Katyusha rockets crashed into a riverbank in the city's Green Zone without causing any injuries or serious damages, a statement from U.S. Joint Operations Command said. Iraq Prime Minister Adel Abdul-Mahdi condemned the rocket attack that targeted the U.S. Embassy. In a statement, he asserted Iraq's commitment to "protecting all diplomatic missions." The city has been on edge after hundreds of anti-government protesters flooded the streets on Sunday, defying a powerful religious leader who recently withdrew his support from the popular movement...

.
Impeachment Trial Day 3: Can We Get a Witness?

Nate Jackson:  As we reflect on Day 3 of the Senate’s impeachment trial of President Donald Trump, three things stand out:

Witnesses and the whistleblower

Senators continue to haggle over whether to call additional witnesses and who those witnesses might be. Democrats still want former National Security Advisor John Bolton and White House Chief of Staff Mick Mulvaney. Republicans maintain that the House should have done its job in calling witnesses and that the Senate is responsible only to try the evidence at hand. Nevertheless, if witnesses must be called, they want to hear from loose lips liar-Joe and Hunter Biden and the so-called “whistleblower.”

The Democrats’ entire case hinges on Trump’s request that Ukrainian officials investigate Hunter Biden’s sweetheart deal with Burisma. Anyone with an IQ above 50 can connect the dots between Hunter’s profiteering and the political position of then VP loose lips liar-Joe Biden. To suggest that they would not be on a witness list is absurd. Democrats even opened the door to Hunter’s testimony by protesting a bit too loudly that he has nothing to do with corruption allegations against his father.

The “whistleblower” and his handler scumbag/liar-Adam Schiff would also have to be on the witness list. When that collusion was revealed, suddenly Democrats no longer wanted to hear from the whistleblower.

He just became even less desirable this week after Paul Sperry of RealClearInvestigations revealed this inconvenient tidbit: “Barely two weeks after Donald Trump took office, Eric Ciaramella — the CIA analyst whose name was recently linked in a tweet by the president and mentioned by lawmakers as the anonymous ‘whistleblower’ who touched off Trump’s impeachment — was overheard in the White House discussing with another staffer how to remove the newly elected president from office, according to former colleagues.”

And Fox News’s Laura Ingraham reported that the whistleblower also has some extremely inconvenient connections to the loose lips liar-Bidens and Burisma.

Clearly, Democrats don’t want any of these witnesses to see the light of day in the Senate trial — with the exception of commie-Bernie Sanders, whose rising political fortunes would clearly benefit from seeing the loose lips liar-Bidens locked up in Senate testimony.

House Judiciary Committee Chairman scumbag liar-Jerry Nadler, whose personal animus toward Trump dates back to the early 1980s, challenged Republicans on witnesses. “Will you bring Ambassador Bolton here? Will you permit us to present you with the entire record of the president’s misconduct?” he asked. “Or will you instead choose to be complicit in the president’s cover-up? So far, I’m sad to say, I see a lot of senators voting for a cover-up, voting to deny witnesses. [It’s] an absolutely indefensible vote — obviously a treacherous vote.”

That “cover-up” language is part of the Democrats’ strategy to win the Senate by accusing Senate Republicans of obstructing a fair trial. But, for now at least, scumbag liar-Nadler’s hyperbolic charge appears to have backfired.

scumbag liar-Nadler may have just united Republicans against voting to call any witnesses. Nice work.

House Intelligence Committee Chairman scumbag/liar-Adam Schiff gave an impassioned speech Thursday to make the case against Trump, though he led with a “joke” about hoping senators “don’t choose imprisonment” over paying attention to him. He opined at length with an exceedingly mendacious interpretation of events before concluding, “If right doesn’t matter, we’re lost. If the truth doesn’t matter, we’re lost. The Framers couldn’t protect us from ourselves if right and truth don’t matter.”

To hear scumbag/liar-Schiff lecture on right and truth is laughably absurd. scumbag/liar-Schiff was completely wrong about FISA surveillance of Trump’s campaign, which launched impeachment charade No. 1. He’s the man who, as we mentioned, colluded with the whistleblower through his staffers and then lied about it. He knew the case against Trump was so weak he fabricated Trump’s conversation for dramatic effect.

Is this really the man or the party to judge the president or to lecture anyone about right and truth?   ~The Patriot Post

I really doubt that Bolton will be subpoena cause the others won't be. And yes, loose lips liar-Biden is not above the law. The medai and the dems are covering for him.

just to say: IF THEY WANT BOLTON BRING IT THEN I WANT:

SO I DO NOT FEEL THAT THEY MAY REALLY WANT TO CALL BOLTON.   BESIDES IF NO ONE IS ABOVE THE LAW HOW IS BIDEN?