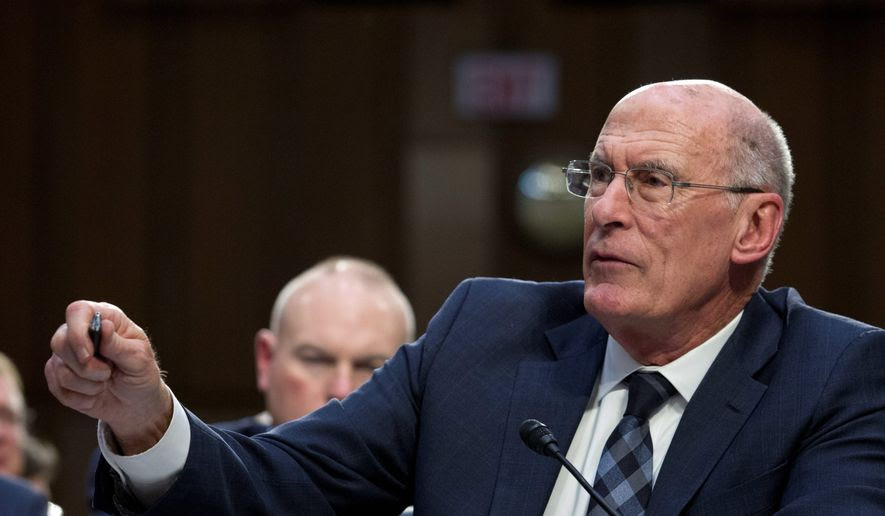 By Bill Gertz
{ washingtontimes.com } ~ President Trump is continuing to plan to replace his senior intelligence adviser, Director of National Intelligence Dan Coats... and has considered at least one candidate, according to people close to the White House.  Fred Fleitz, an intelligence veteran who until recently was chief of staff to National Security Adviser John R. Bolton, is being considered for the DNI post by Mr. Trump. Mr. Fleitz is a no-nonsense advocate of intelligence reform with a wealth of experience, having worked as an analyst for the CIA, professional staff member of the House Permanent Select Committee on Intelligence, and as a senior State Department nonproliferation specialist during the George W. Bush administration. Recent reports that Mr. Fleitz, a conservative advocate of U.S. intelligence reform, is in the running for DNI sent shock waves through the intelligence bureaucracy. As outlined in a recent journal essay by former CIA officer John Gentry, U.S. intelligence agencies have been politicized to the liberal left in recent years, especially during the scumbag/liar-nObama administration. Under President scumbag/liar-nObama, a group of liberal intelligence leaders left their mark on the agencies that make up the U.S. intelligence community, including outspoken anti-Trump partisans such as former DNI scumbag-James Clapper, former CIA Director scumbag/commie-John Brennan who admitted he once voted for the pro-Moscow Communist Party USA presidential candidate, and FBI Director scumbag-James B. Comey, who was fired by Mr. Trump for mishandling bureau investigations.  Mr. Trump is still upset with Mr. Coats over his Senate testimony in February when, under questioning from Democrats on the Senate Select Committee on Intelligence, he appeared to undercut sensitive negotiations with North Korea on its nuclear program at the time. Mr. Coats testified that U.S. intelligence agencies assessed North Korea will not give up its nuclear weapons through talks with the United States...   https://www.washingtontimes.com/news/2019/jul/17/inside-the-ring-tr...
.
Dr. Ben Carson Discusses Ridiculous Racist Accusations and Media Complicity

by sundance
{ theconservativetreehouse.com } ~ HUD Secretary Dr. Ben Carson appears on Sunday Morning Futures with Maria Bartiromo to discuss the ridiculous accusations of racism against President Trump... In one of the reference points, Dr Carson reminds everyone about the February 2016 ABC debate when all the other candidates left him hanging, but not Donald Trump. Funnily enough CTH wrote about that specific moment at the time; and it’s interesting how that moment stayed with Dr. Carson and he references it well over three years later. FLASHBACK February 6th, 2016 – Few people will talk about this, and fewer will even want to acknowledge it, but what Donald Trump did before the ABC debate began shows the measure of a real man’s worth. At the beginning of the ABC debate, each of the candidates were being introduced in a specific order. The first name called to the stage was Chris Christie. The applause was loud and lingered through the time when Martha Raddatz called the second candidate Ben Carson. Dr. Carson did not hear his name called easy to understand why when you listen to the video and stood in the entry-way. The moderators, with their backs to the candidates, didn’t notice his absence and called the third name on the list, Ted Cruz... 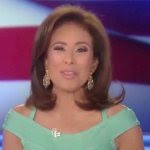 By S.Noble
{ independentsentinel.com } ~ In her opening segment of Fox News’ “Justice with Judge Jeanine,” former Judge Pirro declared... “We are close to losing this country. There is a plot to remake America by those who hate America, while everyone on the sidelines is freaking out over political correctness.” Under the guise of “evolving,” Pirro charged that this cabal is seeking “to destroy the very foundations upon which this country was built.” “They know how to weaponize their hate and don’t you dare criticize them,” she said. “If you do they will do everything in their power to destroy you. Or, if you happen to be the president, impeach you if you don’t share their radical leftist socialist hate America agenda. And if you don’t you’re a racist, a bigot, a misogynist, a xenophobe or just plain deplorable. The Judge says the Squad of four radicals is motivated by hatred of America and for President Trump. We would add two things — hatred of Jews, and Christians. “In their plot to remake America, they impose socialism on all of us,” Pirro said of the four radicals. “Forget capitalism, free markets, individual liberty, and free speech.” “Say goodbye to law and order, ICE will be eliminated as well as the Department of Homeland Security,” she said. “And we need those open borders so anyone can come in, no vetting, just let them all in and you Americans pay for them.” commie-AOC, worthless-Omar, and worthless-Rashida are card-carrying members of the Democratic Socialist Party which has a worse agenda than that of the Communist Party USA. There is no doubt Ayanna Pressley is of the same ideology...

by sundance
{ theconservativetreehouse.com } ~ White House advisor Stephen Miller appears on Faux-News Sunday to debate swamp gatekeeper Chris Wallace... on the topic of the “send her back” manufactured outrage. Wallace is apoplectic with the thought of patriotism, pride and America as an exceptional nation, and does his earnest best to conflate racism. When Wallace lets his slip show in defense of his BFF democrats, he becomes a caricature of himself.  It’s annoyingly funny. 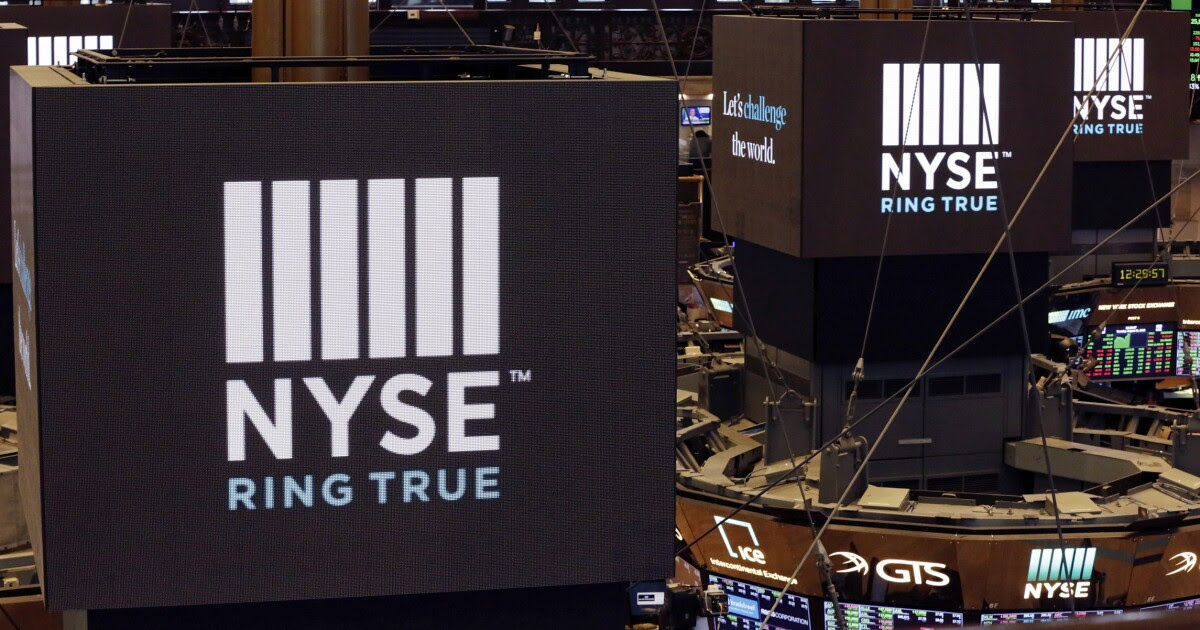 by Ryan Ellis
{ washingtonexaminer.com } ~ The rise of the Catholic Left is in many ways the overarching story of the Church Crisis Era. Despite his statement early on that the Church should not become a “pitiful NGO,”... Pope Francis has reigned over an era where “Immanentize the Eschaton” to quote the late William F. Buckley might as well be on most episcopal crests. The desire to virtue-signal on issues like immigration is now often equated to fighting intrinsic evils like abortion or even the basic mandate to save souls. One manifestation of this “seamless garment” cultural Marxism can be found in so-called “shareholder activist” groups: bodies which often have financial or fraternal ties to scumbag-George Soros and sometimes use community organizer techniques perfected at the feet of Saul Alinsky. For Catholics, the one to keep an eye on is the “Interfaith Center on Corporate Responsibility.” Led by Rev. Seamus Finn, a priest of the rapidly shrinking Missionary Oblates of Mary, the Interfaith Center on Corporate Responsibility is a collection of left-wing religious activists who harass companies into adopting woke positions in contravention to both the company’s fiduciary responsibilities and to common sense. Of course, this community activism is bathed in the soft, bourgeois heresy of the social gospel: an old tactic used by increasingly old activists...  https://www.washingtonexaminer.com/opinion/the-seamless-garment-com...
.

.
loose lips liar-Biden Promises 'You Can
Keep Your Plan'

Political Editors:  loose lips liar-Joe Biden has so far largely been content to coast as the Democrat presidential frontrunner. This week, however, he released his plan for health care while singing a tune you may recall: “If you like your health care plan … you can keep it.” Yes, he actually said that.

Seeking a contrast with commie-Bernie “$32 trillion Medicare for All” commie-Sanders and other Democrats pushing variations on that single-payer plan to kill private health insurance, Biden wants to bring back the “glory” days of Barack scumbag/liar-nObama’s administration and scumbag/liar-nObamaCare. He wants voters skittish about socialism to choose an unrecognizably cronyist Frankenstein version of capitalism.

How far left have Democrats gone when a $750 billion expansion of scumbag/liar-nObamaCare’s estimated $1.6 trillion cost over the next decade is now the “centrist” position?

His plan is also scumbag/liar-nObamaCare “on steroids,” says the Washington Examiner’s Philip Klein:

He wants to increase the subsidies to purchase insurance on scumbag/liar-nObamacare’s exchanges. Instead of limiting subsidies to those who earn above about $50,000 for individuals, loose lips liar-Biden would set a cap that would limit the cost of premiums to 8.5% of a person’s income, so people earning above the current scumbag/liar-nObamacare cutoff could now qualify for assistance.

Additionally, under scumbag/liar-nObamacare, the subsidies are pegged to the cost of a midlevel “silver” plan. This was done in an effort to contain costs by asking people to pay more if they wanted more generous coverage. Steering individuals toward plans with relatively higher deductibles and co-payments was also a way of discouraging overuse of the system. But loose lips liar-Biden’s plan would peg subsidies to “gold” coverage with lower deductibles. This will both increase the cost of subsidies to the government and the use of healthcare.

Exit question and answer: Asked Tuesday what his  estimate for Medicare for All would be, commie-Sanders replied, “Somewhere between $30 and $40 trillion over a 10 year period.” But, he says that’s a way better deal than loose lips liar-Biden’s plan: “What the most serious economists tell us, that if we do nothing to fundamentally change the health care system, which is what Joe was talking about … we’ll be spending something like $50 trillion over a 10 year period.” Sanders will give a speech Wednesday defending Medicare for All.

How far left have Democrats gone when socialism is supposed to be the better deal?  ~The Patriot Post