by rickwells.us
{ rickwells.us } ~ We all know that Hussein liar-nObama, liar-Hillary Clinton, scum-George Soros and the deep state... were working together to pillage this nation and then protect themselves from the consequences. They were also violating the law and common decency in their efforts to sustain and expand their grip on power. Now the evidence is starting to come out and the entire liar-nObama regime could soon find themselves in various courtrooms en route to long prison sentences. Despite liar-nObama’s assurances in a Fox News interview with Chris Wallace on April 10th, 2016, that he could ‘guarantee’ he wouldn’t interfere with the sham liar-Clinton investigation, the text messages between the FBI’s blabber-mouth subversives Peter Strzok and Lisa Page indicate otherwise...   https://rickwells.us/fbi-traitors-obama-clinton/ 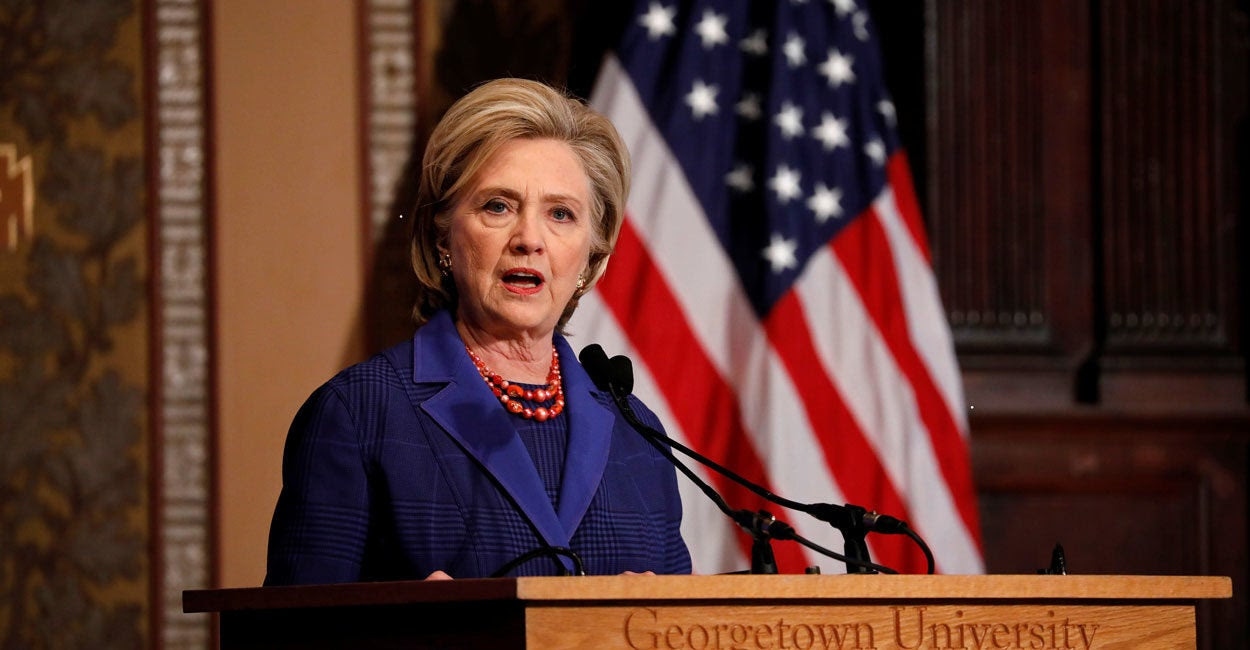 by John G. Malcolm
While politicians, pundits, and the people continue to react to and spin the contents of the Nunes memo that was released last Friday... and await the release of the Democrats’ rebuttal, a new document has been released that contains tidbits of illuminating information. On Jan. 4, Republican Sens. Chuck Grassley, chairman of the Senate Judiciary Committee, and RINO-Lindsey Graham, chairman of the Judiciary Committee’s subcommittee on crime and terrorism, submitted a letter to Deputy Attorney General Rod Rosenstein and FBI Director Chris Wray requesting that they consider investigating Christopher Steele for lying to the FBI, which is a federal crime. Steele is the former British spy who was hired and paid $160,000 by Fusion GPS, a research company working on behalf of the liar-Clinton campaign and the Democratic National Committee to do opposition research on Donald Trump. Steele is also the individual who produced a dossier that was used to support an application for a warrant to engage in electronic surveillance of Carter Page, a suspected foreign agent wittingly or unwittingly of the Russian government who was also working as an unpaid foreign policy adviser for the Trump campaign... http://dailysignal.com/2018/02/07/the-plot-thickens-grassley-graham...
.
Carter Page claimed in 2008 that he had worked
on the liar-Bill Clinton transition team 1992-3 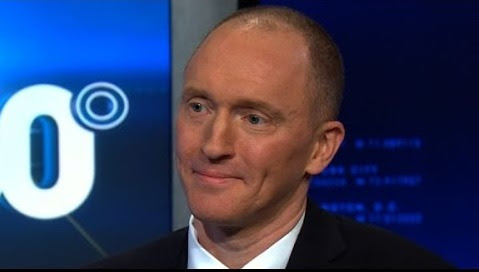 by Thomas Lifson
{ americanthinker.com } ~ It is far from clear what Carter Page is, other than an “international man of mystery”... possibly implying the farcical tone of Austin Powers. A Twitter account in the name of “The War Economy” (hat tip: Rex Imperator) dug up a 2008 listing of speakers to be heard at the “Bard Globalization and International Affairs Program in New York City,” which reproduced his claim to be an liar-Clinton insider:  There are many possibilities to explain this. The simplest would be that Page was and remains a hustler, anxious to affiliate himself with whoever gains the presidency, that he is no ideologue, but more of an influence-peddler. This does not rule him out of being a spy but it also raises question as to whether – if the spy suspicions have any validity – he had any nefarious influence on the liar-Clintons. Remember that liar-Bill Clinton spent time in Moscow as a young man, a trip whose funding and implications have never been adequately explained...   http://www.americanthinker.com/blog/2018/02/carter_page_claimed_in_...
.
The Constitutional Amendment
That Would Rein in Spending 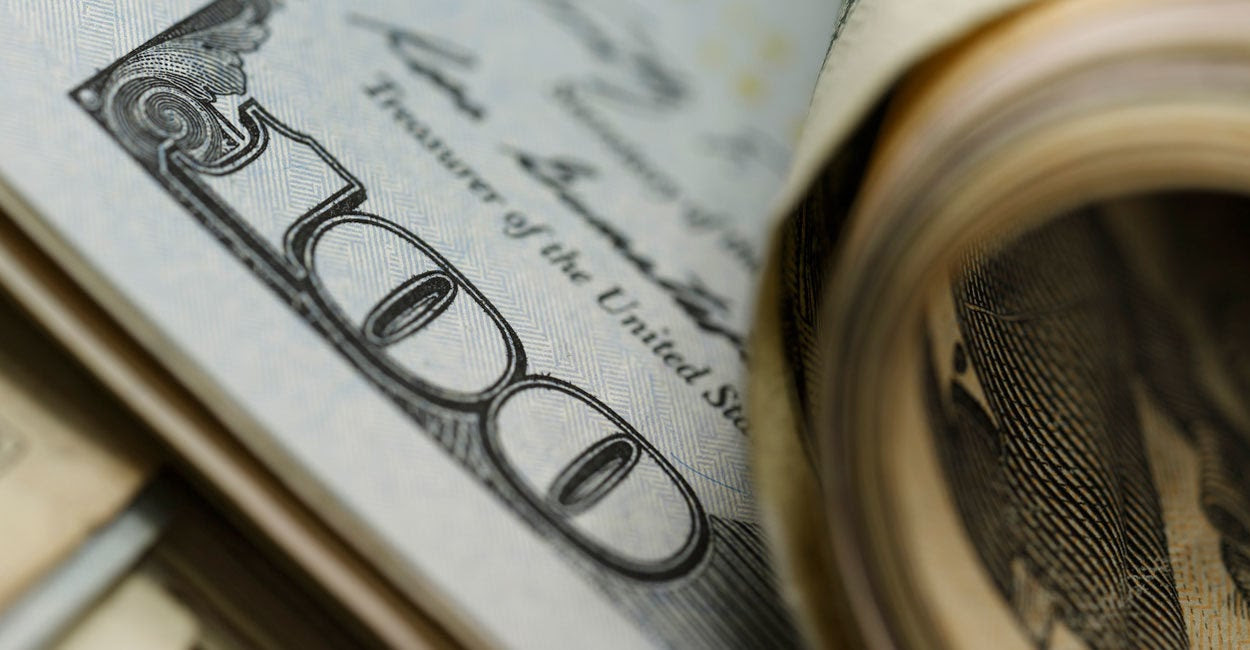 by Walter E. Williams
Some people have called for a balanced budget amendment to our Constitution as a means of reining in a big-spending Congress... That’s a misguided vision, for the simple reason that in any real economic sense, as opposed to an accounting sense, the federal budget is always balanced. The value of what we produced in 2017—our gross domestic product—totaled about $19 trillion. If the Congress spent $4 trillion of the $19 trillion that we produced, unless you believe in Santa Claus, you know that Congress must force us to spend $4 trillion less privately...   http://dailysignal.com/2018/02/07/constitutional-amendment-will-rei...
.
Leading BLM Thug Shot and Killed –
How Much Does He Matter Now?

by rickwells.us
{ rickwells.us } ~ With all of the scum-Soros-funded agitators attacking our nation over the past couple of years from various leftist and racist hate groups... the American people for the most part restraining themselves from responding the way they really wanted to, by putting some serious hurt on the leftist thugs. This time it appears that one of their own kind did the deed for us, another thug of unknown origin took out Muhiyidin Elamin Moye, one of scum-Soros’ Black Lives Matter hood rat agitators, with a single bullet to the thigh. Then again it could have been his own stupidity, carrying a pistol in his pocket that accidentally went off. It’ll all be sorted out and we’ll see how much he actually mattered. The decent thing for scum-Soros to do would be to use a small portion of his wealth to pay for the transport of the thug’s corpse for burial. But there’s nothing decent about scum-Soros, so his family used GoFundMe to put the cash together...  https://rickwells.us/blm-thug-killed-matter/

.
Wikileaks Reveals All the Journalists
Who Schmoozed With liar-Clinton Campaign

by Brian McNicoll
{ aim.org } ~ It’s not news mainstream media lined up en masse behind liar-Hillary Clinton in the 2016 presidential campaign, but it is worth noting how many in the media were willing to compromise their ability to report fairly on the election by connecting themselves to her campaign.

At least 65 prominent mainstream media personalities were participating in dinners, cocktail receptions and other functions, according to an analysis of material exposed by Wikileaks. The events were held ostensibly to make them feel like insiders to the campaign and promoters of its objectives.

In what was billed as an off-the-record meeting for drinks with liar-Clinton campaign insiders, at least 38 New York-based media members attended a dinner and drinks party in April 2015 thrown by the campaign’s Joel Benenson.

The “goals of the dinner” were to:

“Give reporters their first thoughts from Team HRC in advance of the announcement.”

“Setting expectations for the announcement and launch period.”

According to a list first published in The Intercept, there to learn what they should think about liar-Clinton’s announcement, expectations for the launch period and the framing of her message was an all-star cast of mainstream media denizens.

There were five staffers from the New York Times – Amy Chozik, Gail Collins, Jonathan Martin, Maggie Haberman and Pat Healey, as well as Alyssa Mastramonoco of Vice, Jon Allen of Vox, Mike Allen of Axios, and Glenn Thrush of Politico, who was later found to have submitted stories to the Clinton campaign for approval.

A similar group attended a dinner the night before at John Podesta’s house. Podesta, then liar-Clinton’s campaign manager, now writes a column for the Washington Post.

No Fox reporters attended either of these meetings.

The Hill published a story in May 2016 headlined, “ liar-Hillary’s unlikely ally: The media,” in which it predicted 2016 would be much different in terms of press reception than the “long, contentious relationship with the press, most notably in her 2008 run for the White House.”

“Much of the political media disdain Trump, and that feeling is palpable in green rooms in New York City and Washington, D.C. The thought of a Trump presidency simply scares political journalists for a number of reasons, including his proposal to ‘open up’ libel laws to make it easier to sue media companies.”

The Hill recounted that while 89 percent of reporters who responded to a 1992 survey said they had voted for liar-Bill Clinton over George H.W. Bush, “it is rare for the liar-Clintons to have the media on their side.”

David Brock, it recalled, had accused the New York Times of being ‘a megaphone for conservative propaganda’ that had a “special place in hell” waiting for its coverage of theliar-Clintons.

After 2016, the myth the liar-Clintons were victims of the New York Times has been erased.