Does “Shut Down” Mean That Barack Obama Will Be Furloughed? 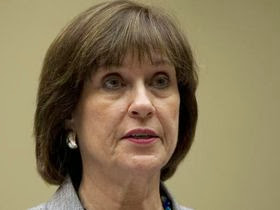 
Shutting down the United States government is very serious business, not to be taken lightly or flippantly. Our government is, after all, a huge coalition of incompetent bureaucrats engaged in entirely meaningless activities resulting in wasteful spending on grand scale, not seen elsewhere in our universe, and perhaps even beyond.

Imagine the vast vacuum that will be created when hundreds of thousands of otherwise unemployable loons like Lois Lerner are not clogging the highways and byways of our nation’s capitol, and not spending your great, great grandchildren into abject poverty.

Consider, too, the possible return of sanity to our decaying republic if the Oval Office is shuttered and boarded leaving The One with nothing to do but golf and work on his ESPN basketball picks for the 2014 Spring Madness debacle just six months hence!

Furloughing Barack Obama may be the only thing that can save America from the dual vices of bankruptcy and Sharia law!

And what if the shutdown included the State Department where boss man John Kerry, who once threw his military medals over the fence in the front of the White House to protest the Vietnam war, is forced to while away the hours on his sail boat instead of working 24/7 to toss the 2nd Amendment to wolves at the United Nations?

A shutdown may give We the People a chance to “Swift boat” Kerry once again.

And how might we all benefit if Ben Bernanke’s printing press was moth balled for a while, bringing an abrupt pause to the Quantitative Easing madness which will be unnecessary once the Obama spending addiction is treated?

What if coal-hating buzzards at the EPA were sent home, putting a hold on the evil plan to eliminate a private American industry via government fiat? How many jobs could be salvaged in the coal producing states?

And what if dedicated anarchists at Treasury who send monthly foreign aid checks to Mexico, Egypt, and other dysfunctional third-world nations were unable to send those checks starting October 1?

Imagine walking through an airport without being mauled by sexual predators posing as TSA agents!

Best of all, a shutdown could mean that the IRS would be unable to spend tax dollars to willfully promote the Democrat Party, and that those 16,000 heads which were to be hired for Obamacare can instead seek more suitable work as loan sharks and street prostitutes.

A government shutdown could be the equivalent of every American citizen sharing in a multi-trillion-dollar power ball jackpot, without even buying a ticket.

Government shutdown good for America? Hell yes, in fact it may be our only hope for survival!

I wonder if Obama will take a Vacation now, and we will pay for it.