HillaryDillaryObamaSmuck!!!
Come on people! No recorded visual of her falling! Yeah right!!
Hillary well on her way to outdoing Chaplin and Biden for pratfalls and goofiness!!
Perhaps Dog Numero Uno,Bo, ate her homework or at least the part about Benghazi...

Americans never give up your guns PER Pravda

Americans never give up your guns

Howdy all!  I MISS YOU!!  I’ve been so busy, and at times lazy, true.  The last time I wrote to you was December 2.  Well, I am still the guy who you might remember.  At least I think I am.  Probably am.  I guess I should do this more to help me remember something.  Any guesses what that is?  Well, if I go too long please forgive me.

Only fools say in their hearts, "There is no God." They are corrupt, and their actions are evil; not one of them does…

WE ALL STAND GUILTY BEFORE GOD, WITH THE BLOOD OF 50 MILLION BABIES, ON OUR HANDS! 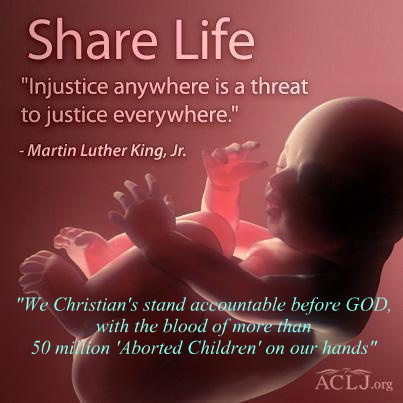 Evidently everyone thinks that GOD isn't trying to warn us, that it past time for the Christians of this Nation, to bow their knees in repentance, and pray according 2Chr. 7:14! So that GOD will hear our prayers; and change HIS Mind; then heal our land.................
Saturday at 3:45pm · Edited · Like

How many more Catastrophies and Tragedies must we suffer,…

The Past (My New Year's Eve Poem)

The past should be fully embraced...
Because it can never be erased.
We should LEARN instead of moan...
From others' mistakes AND our own.

If we change our point of view...
It makes things easier to live through.
Teach our children to do the same...
And then, we'll be ahead of the game.

We should remember our soldiers & our Constitution.
Look back at the past BEFORE there's a new revolution.
We fought the British over too much…

The American people that really care about this country and are fed up with this governments, slop-a-long crap of their job performance and think it is time for us to make the change. All Obama can talk about is, " time for real change". It sure is time for change ""OH GREAT AND POWERFUL NON LEADER OBAMA"" time for you and yours to go. To the people of the United States of America, it is time to stop putting up with all the crap that all these politicians in Washington DC are doing. Getting…

How many times have you heard, "Fiscal Cliff!"?

The tool of fear being beaten to death by the democrats....FISCAL CLIFF!.....we have heard it thousands of times to date....fear mongering at it's worst and no specific details to back up the phrase.

Fear is the primary tool of choice for the communist liars.

Concentration on every word of God removes fear from the scene rendering it harmless just as a hissing snake without venom must crawl away in defeat.

In addition to revealing how the federal government and the Pentagon will respond to civil disturbances – in violation of the 1878 Posse Comitatus Act – the United States Army Military Police School’s Civil Disturbance Operations document instructs the military to confiscate weapons from American citizens.…

I know you work hard. Like most Americans, you provide for your family and save as much of your hard-earned money as possible.

But unforeseen emergencies can take you by surprise at any time and force you to make necessary sacrifices to pay for those emergencies.

When emergencies like Hurricane Sandy disrupt life in America, Congress doesn't face the same sacrifices the American people do.

The Congressional Budget Office predicted 10 years ago that the U.S. national debt in 2012 would be approximately 7.4 percent of gross domestic product (GDP), a measurement of the value of a nation’s total output of goods and services.

However, two wars, a recession, economic downturns, and unchecked government spending have changed things significantly. Quite simply, U.S. debt as a percentage of GDP is much, much more than 7.4 percent.

Dem. Rep. Accuses GOP of ‘Literally’ Trying to ‘Take Food Out of The Mouths of Hungry Babies’

It looks like Rep. Jan Schakowsky (D-Ill.) has been taking lessons from…

The Chase Bockman aperiodical - The Truth Will Blow Your Mind

US senators, state governors and others are testing the waters to see if they can sell a national confiscation buy back program under an Obama executive order. This is a way of making all gun owners terrorists. This is the plan, the facts are indisputable. We are in deep shit.

Video: All American Gun Owners To Be Registered Like Sex Offenders!