We, as members of the grass roots movement in this country, need to rise up and hold a National Opposition Day in October 2012 and demand an end to the current administration and its trampling of American freedoms.

It was bad enough for the President to relegate religious freedom to secondary status by forcing religious instititions to ignore closely held beliefs in order to carryout the dictates of Obamacare.  Now, the President, the Secretary of State and many others in this… 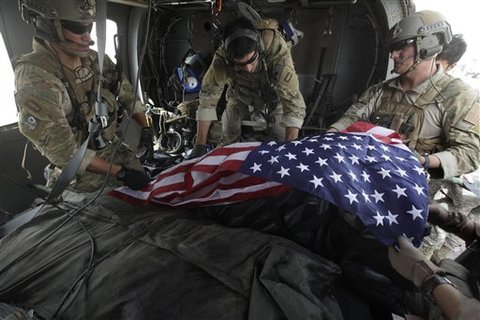 What’s disturbing about this picture?-You Decide:

You should of been a fly on the wall of the Montgomery County Republican's Women luncheon last Thursday, Sept. 27,2012.  Judge…

ALL CHRISTIANS VOTE FOR ROMNEY, HES BETTER THAN A CHRISTAIAN HATER OBAMA, HE IS EVERY THING BAD IN A MAN

ALL CHRISTIANS VOTE FOR ROMNEY, HES BETTER THAN A CHRISTAIAN HATER OBAMA, HE IS EVERY THING BAD IN A MAN

The Obama You Don't Know

The links below will take you to my Google Drive where I've stored the entire Washington Examiner's project where they've spent years of time, and untold man power to produce the series on the man that hold's our Oval Office.  They may not be in sequencial sequence…
Continue

Dems Refuse Church Support
by Rev. Austin Miles
CHARLOTTE, North Carolina (9/11/12)
When the DNC came to Charlotte, 100 area churches offered hospitality, not
knowing how much the Dems hate God and would actually boo God at the
convention. They had no idea how that hatred would be directed at them and
their churches.
The Sunday before the DNC, over 9000 people had come together to pray…

ARABS ARE PRIMARY TERROR SUSPECTS- NOT THE REST OF US??? Has anyone else noticed how 99% ( very popular number ) of Islamist terror suspects are Arabs?

While not discounting Black; Asian; Latino or even White ones the fact remains that most radicalized Muslim terror suspects are Arab.

Where I am work, I am known and mocked for being a passionate conservative voter.  Those who do so do not vote.  One is a nonvoter because he doesn't want to get mad.  One reason I vote is that I am …

Where I am work, I am known and mocked for being a passionate conservative voter.  Those who do so do not vote.  One is a nonvoter because he doesn't want to get mad.  One reason I vote is that I am mad at the garbage in the White House.

There is another who just goes with the flow.  Apathy everywhere.  They complain about politicians but do not vote.  The right to complain comes with having exercised the responsibility to research the candidate and vote the best way you…

It is time for the ants to organize because winter is coming and the Grasshoppers will be whining soon as fall disappears and the beginning of winter comes.  Whoever put this together was very inciteful and so true.  It is amazing how true to form it is to real life.  Everyone please make sure you vote for the ANT so we can teach the Grasshopper  thing or two.

ROMNEY LETS WIN THE BIG DEBATE . THIS IS YOUR LAST CHANCE TO BEAT THE LIER OBAMA.

Let's Just Face It: The Problem Is With the Voters

We have met the enemy and it is us and Main Stream Media ("MSM") disinformation about the Tea Party and what it stands for is helping to keep people ignorant and keep holding them and the fruits of their labor hostage.  In my heart of hearts, I believe We The People can right the ship, but it has to happen with this election.  Defeating Obama would be great but as long as the House and Senate are…

Americans don't come in one color.

We do, however, come in one culture.

My American sisters and brothers come in all colors. As the latest waves of Arab hatred wash against our embassies it's worth noting the ties that bind.

This evenings Rally goal and purpose

Please help me by sharing the following with everyone on your Facebook..

Well today is the beginning of journey. We come together tonight to to rally for the next generation who for all intensive purposes do not understand or appreciate
the time and resources we dedicate to their freedom. Yet in…
Continue