I HAVE BEEN READING THAT EUROPE HAS BEEN HAVING MONEY TROUBLES, STAY OUT OF IT.

WE ARE BROKE OUR SELVES AND THEY OR NO ONE EVER PAYS US BACK.  WE ARE IN A BAD WAR, SPENDING MONEY THAT WE DO NOT HAVE. THE PEOPLE HAVE NO SAY.  WE HAVE TO GET CONTROL OF THE SENITE.  NEXT ELECTION. THEY SAY THIS IS VERY DOABLE. SO VOTE NEXT ELECTION

Humanity's Footprints in the Sand 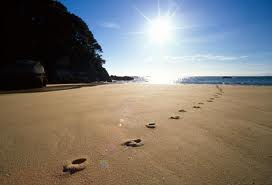 Footprints in the Sand, by Mary Stevenson

Medicaid Reform: Medicaid should be administered by the States but contracted out to private insurance companies. States should set eligibility based on the needs of the citizens of the state. Medicaid should cover children and children and adults with disabilities first. Family eligibility income guidelines should be set by the States based on the cost of living index in those states. Medicaid coverage for able-bodied adults with out disabilities should not be a lifetime benefit. If…

For laughs I like to watch MSNBC and an interview with that disgusting lout Michael Moore, who while opposing capitalism is a multimillionaire who obviously never missed too many meals. The same Michael Moore who likes to whine about his humble childhood in Flint,MI but who in fact grew up in a comfortable suburb of Flint while attending parochial schools with his three siblings. Obviously this was not a family barely scraping by.

Anyway, he found great encouragement in the…

forest for the trees

I just want to live here. My mother came over at 16 after WW2 and married a schlub. I work as an RN with no help from my family....have a huge school debt to pay for a measly bachelors degree working my ass off for nothing. I have made some minor mistakes, cannot get a loan for a car or house but dilligently work and watch others get ahead. Don't mean to be ridiculous but I am sick of paying for illegals and others who don't know what birth control is.....Mandatory birth control until you get… Continue

BUFFEETT IS LEADING SOME ONE DOWN THE WRONG PATH AND YOU KNOW WHO.

ITS NOT GOING TO WORK OR PASS. THE RATINGS CAME OUT TODAY.  THE STOCKS  ALSO FELL TODAY.  WHAT DO YOU DO?  IF YOU DONT KNOW I DONT KNOW,  RUN HILLERY.

American Citizens’ Demand for Justice Against the Overthrow of the U.S. Constitution!

““(May 31, 2011) — PREAMBLE: The following citizen compilation of abuses and constitutional violations will be sent to all U.S. Congressmen.  Additionally, it will be sent to the Federal Elections Commission, Donald Trump, all major media, the foreign press, State campaign headquarters, Tea Party groups, the FBI, the Social Security Administration Commissioner, and the Selective Service System, et…

EVERY ONE OF US WILL SUPPORT ISRAEL 100 % WE THE PEOPLE WILL NEVER LET ISRAEL DOWN.

NO MATTER WHAT THE DEMOCRATS THINK OR DO.  WE SUPPORT ISRAEL.

How many times did the Presidsent say "pay their fair share"?

Friends, as you listen to the news today about the student protests over illegal immigration there are some things that you really need to make yourselves aware of.

I am probably jeopardizing my wife's job…

In Tank for Obama, MSNBC Silent
On OFF; Solyndra; $10.88 Million…
Continue

I am announcing my candidacy for the Republican nomination for President of the United States. I made this decision for many reasons, but there a few very important ones. Leadership is the most important. This is the most important quality that the citizens of this country demand of their President. Our President has displayed a continued lack of leadership, eloquent speeches, but no action. President Harry Truman said, “In periods where there is no leadership, society stands still. Progress…

LETS GET OUT OF THIS WAR, THAT WE CAN NOT WIN.

WE WANT OUT TODAY NOT IN 2012 OR 2014. iTS COST LIVES AND MONEY DOWN THE DRAIN.  LET THE PEOPLE VOTE ON IT.  POLITATONS DO NOT KNOW MORE THAN THE PEOPLE.  WE ARE THE PEOPLE THAT PUT YOU IN OFFICE. THEN YOU ALWAYS THINKS THAT YOU KNOW MORE THAN US, SHAME ON YOU.

US Day of Rage

The Wild, Wild West, What about it are they really afraid of?


I wrote this article over a year ago and submitted it to and was published by the "Tennessee Patriot", a quarterly publication, in it's July 2010 edition. I hope it gives all TEA Party Patriots food for thought.

I HAVE RECIEVED A NICE LETTER FROM DEMOCRATIC REPRESENATIVE PAUL TONKO IN REPLY TO MY REPORTING TO HIM ON THE FORIEGN TAX CREDIT AND THE MANNER THAT G E IS USING IT TO AVOID PAYING ANY DOMESTICE INCOME TAX.

IN HIS LETTER HE STATES THAT HE WILL BE INTRODUCING LEGISLATION TO "CLOSE SOME OF THE MOST EGREGIOUS LOOPHOLES TO BIG OIL COMPANIES AND PUT THOSE SAVINGS TOWARD RENEWABLE ENERGY INITIATIVES, ALTERNATE FUEL TECHNOLOGY AND CLEAN ENERGY JOBS".  TYPICAL HEAD UP THE ___ OF THOSE WHO…

ROMMEY AND PERRY AND BACHMANN MUST STOP SAYING STUPED THINGS.

AND ADMIT WHEN THEY ARE WRONG.  IF PERRY DOSNT WANT A BORDER FENCE, THEN HE BETTER PUT THE ARMY OR NATIONAL GUARD ALONG THE BORDER. ROMMEY BETTER ADMIT HE WAS WRONG ON HIS IDEA OF HEALTH CARE. BACHMANN  BROUGHT UP A SUBJECT THAT SHE REALLY DID NOT KNOW  THAT MUCH ABOUT TO PERRY.   PERRY MADE THE SENOR CITIZENS LEARY OF HIM.  STOP MAKING MISTAKES NOW.  FOR ALL OF YOUR OWN GOOD.

I got the feeling that we’re gonna integrate,

So let all the good folks know.

I got the feeling that we’re gonna assimilate,

And move on down the road.

I got the feeling that a big change is coming,

Get ready for the good times to roll.

And leave all the negatives behind.

For me, discovering reality has been stranger than fiction.  I discovered answers in The Physics… 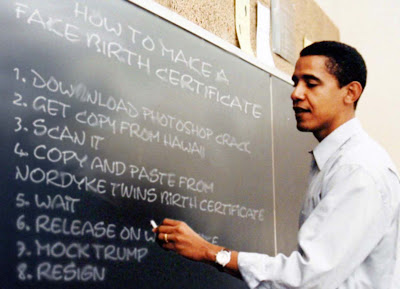 In April of this year everything "birther" changed: Obama released a supposed long form birth certificate.

Since then, top-flight analysis have piled on with no answer from the White house or analysists to defend the document: it's a…