Are You Better Off Now Than You Were Two Years Ago?

“On October 28, 1980, President Ronald Reagan looked into the camera for closing remarks during his last debate with Jimmy Carter and said:

“Next Tuesday is election day. Next Tuesday all of you will go to the polls. You will stand there in the polling place…

The U.S. Role in a New Global Order!

Question:  What's wrong with this picture?

“This has been a week of big speeches. President Obama used his …

Dear President Obama,
I am writing today with a somewhat unusual request.
First and foremost, I will be asking that you return America to its August 20th, 1959 borders so that Hawaii is no longer a state and you are no longer a citizen.

The whole truth is a will-o’-the-wisp

First of all, think on this: There is no such thing as objective reality.   If the American people don’t get the whole truth of what is taking place this election season, life as we know it will be gone for good.

In all life, life is a struggle, and then came human keepers of life, better known as environmentalists.  What could be more noble than saving the planet?  Greedy capitalists are polluting, using up natural resources, utterly disregarding other life. …

“Adam Kokesh, an American who stars on KGB-TV, otherwise known as RT or Russia Today television, staged a publicity stunt at the Jefferson Memorial on May 28 and is now complaining about his arrest for “dancing.” His video is getting attention from the media, while his followers are insisting that he was the victim of harsh police tactics. But an examination of the…

Lawyers to Ban: Declaring a Palestinian State is Illegal!

“Israeli lawyers and international law experts have contacted UN Secretary General Ban Ki-moon, demanding that he prevent the Palestinian Authority’s resolution asking for recognition of a Palestinian state within the 1949 armistice lines from being raised at the UN General Assembly in September.

The lawyers say that UN recognition of such a state would be “in contrary to international law, UN…

CENTRAL CHINA IS RUNNING OUT OF WATER

CENTRAL CHINA IS RUNNING OUT OF 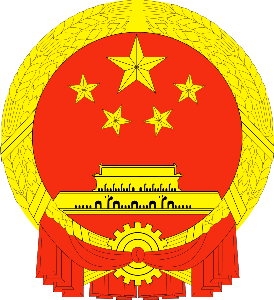 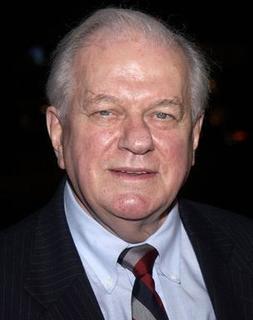 A few Memorial Days ago, I was sitting comfortably on my sofa, enjoying salty snacks and a refreshing sweet tea while watching a program honoring our military on TV. Mary would inform me when the charcoals were ready to throw on the steaks. Life was good.

Featured in the TV…

Republicans have no chance to defeat Oblahblah.

The current clowns that are running in the R primary have no chance of beating Oblahblah.

There was only one person that actually  fired up conservatives and that was Donald Trump.  However, he jumped ship after he realized ABC,NBC,CBS,CNN,MSNBC, and CNBC were going to attack him and his family for the next 18 months.  Not only that the Rep elite ( Karl Rover) (Rush Pinball) did not want an outsider…

“Approval for Barack Obama’s job performance as president is lower among veterans and active US military than it is among non-military, according to a poll released…

Outside Independence Hall when the Constitutional Convention of 1787 ended,  Mrs. Powel of Philadelphia asked Benjamin Franklin, "Well, Doctor, what have we got, a republic or a monarchy?"

With no hesitation whatsoever,  Franklin responded, "A republic, if you can keep it."

Our troops have and are doing their share!  What are we…

Abortion is not only wrong morally but it is murder.  Roe Vs Wade does not exonerate the fact that is the willful destruction of another human being.  See the video below for enlightenment and stop listening to those misguided souls who are telling you it is ok!

My book has been published 11-30-10 and you can purchase it online www.trafford.com/bookstore just check for the listing for my book for searching. $10.77  A lot of the things we are going threw are in my book.  The health insurance repeal has not happen yet.  The budget crisis has not been fixed.  Will we have to have something like a Kaddidlehopper Bill to get the country's fiscal house in order?

She is coming to NH.

"Dr. Shelli Jones Manuel is the founder of Harvest Projects International Inc. and the Ground Zero Prayer Shield which are based in Tulsa, OK.  She has earned her PhD in Christian Education and is an accomplished artist who has exhibited at the Pentagon, Senate Rotunda, Lincoln Memorial and various State Houses. She… Continue

The Tea Party, a political cause for conservatives, is great.  As a World War II veteran who saw combat in Germany, who saw with my own eyes the victims of the Holocaust, he who protects Ameica, who protects him?  Are we going to endure yet another Holocaust?  For what purpose was my sacrifice?

My conservative philosophy fits the Tea Party. I’m neither for the…

America turning it's back on the Jews!

A Tribute To Our Veterans

A Tribute to Our Veterans, all!

Where ever the seeds of democracy take root, they are always watered with the blood of American hero's! Those hero's who gave their life, limbs, and time to uphold the Constitution, to remove tyranny, and to retard communism. They laid their lives down on the alter of freedom, for us, and others to enjoy life, liberty, and the pursuit of happiness. Our founders wrote the Constitution ...:In order to form a more perfect union, establish…

Alright folks---here we have it.  An Open Invitation to Angelo Mule' and Alex Abrams to come on Tea Party Radio Monday night @ 9 p.m. EST.

Angelo is a frequent poster here on Tea Party.org.  Alex has also made his presence known.  Personally, I have never been shy either.  As I will be hosting Tea Party Radio Monday night, and there appears to be a small confict of opinion and/or ideals between these gentlemen, let's just get this in the open.  This ties in with what we are all…