Why are 120 Christian College Kids About to Get Deported? 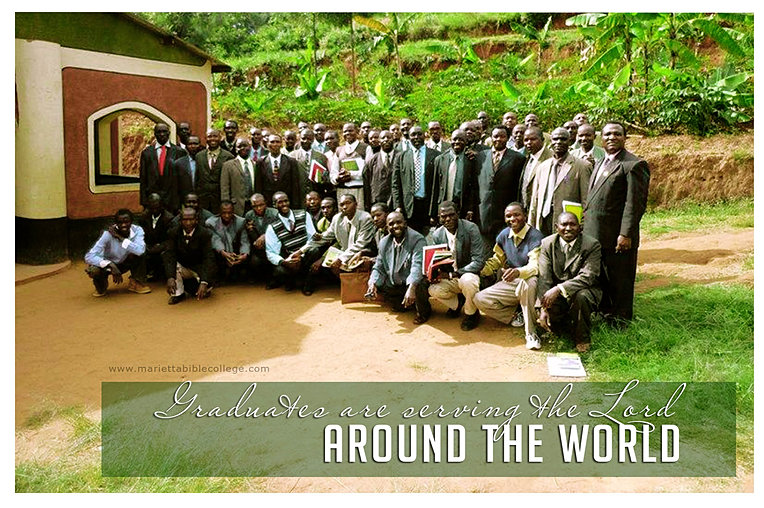 I held the telephone receiver in my hand and listened as the Ohio pastor became overwhelmed with emotion.

Guiler is the president of Marietta Bible College, a small unaccredited school that provides Bible training mostly for impoverished international students. The college is a ministry of the Marietta Bible Center Church.

On Sunday – Pastor Guiler delivered the bad news to his congregation – the federal government had denied their recertification for a program that allows foreign students to attend American schools.

The 34-year-old college may no longer accept international students and those who are currently enrolled in the Bible school must either transfer to another college by February or face deportation.

“They are a lovely bunch of kids who love the word of God and they love to pray,” Guiler told me. “And now the government wants to us to close.”

It's a CHRISTIAN COLLEGE- - otherwise the "regime" would not bother them.

As an experienced criminal and civil investigator with over 35 years experience, it does no require a brain surgeon to recognize religious persecution when you see it! This has the earmarks of an Obamanation assault upon Christian ideology! Consider the fact that Obamanation has not only opened the southern borders of this country to illegal immigration by the thousands, where he and his lawless administration has done everything, up to and inclusive of putting up fliers in South America declaring free citizenship to lawless immigrants, as well as a provision for free Drivers Licenses, free welfare subsidies, temporary housing, free get out of jail vouchers, and Border Patrol agents to baby sit their children, while the American tax payer subsidizes their every need! So, in fact, we know that Obamanation's "gifts" are not free, because we, as American citizens pick up the check!

Obamanation loves the illegal immigrants from South America and Mexico, not to mention the hundreds of terrorists that the Border Patrol claims cross into this country every week, because he too is an illegal immigrant who came to this country with a green card as a foreign exchange student and just stayed and stayed and stayed. Obamanation not only demands amnesty for these illegal and lawless individuals, but through charter flights that originated out of South Africa, etc, hundreds of Somali families were covertly smuggled into the United States via Dept of Justice and Defense sub contractors. "Mr. Welky is the first American pilot that is known to have stood up against this and is the first American pilot to be fired for his stand. If that wasn't disturbing enough, Welky went on to describe how thousands of illegal Muslims are being flown into the US in airplanes that have been marked as "empty." (Read more at http://freedom outpost.com/2014/10/bombshell-pilot-claims-fired-signing-away-constitutional-rights-warns-illegal-muslims-flying-us/#Xvpt VzRDE6zTlDEt.99) Kalitta Charters describes their Charter Services in this article! "Kalitta Charters is an approved air carrier for the US Department of Defense, US Department of Justice, and US Department of Energy, operating critical missions across the globe" When the planes landed, they were not required to go through Immigration or U S Customs, but were handed bundles of cash and just faded into Cities in New York, New Jersey, Pennsylvania, and elsewhere. When the scandal broke in the non-Mainstream news outlets, it was quietly hushed up. The former Kalitta Charter pilot recalled Tennessee Rep. Rick Womick (R), a former Air Force pilot and commercial Boeing 777 airline pilot, admitted to flying five flights with Somali immigrants on board from London to New York City. According to Dennis, Womick said that flights would leave the US, land in the UK and be designated as empty for return, but the reality is that every seat would be filled with illegal Muslims. As he landed on the east coast as instructed, he would taxi right past immigrations and customs. The illegals were let off the airplane, given thousands of American tax dollars, along with other benefits. This article appeared in Freedom Outpost on October 7, 2014, written by Tim Brown!

Obamanation hates Christians and this is why he has focused his vile hatred against this Christian Educational outreach! He has demanded that Military Chaplains stop praying in the name of Jesus Christ, which Congress in turn demanded that the Pentagon cease this form of persecution of Christians, Catholics, Mormons, etc. This persecution comes directly from the Obamanation White House! Wake Up America!!!!

Obamanation not only hates Christians, but he hates our military forces, our veterans, and his hatred is revealed through the downsizing of our U S Military forces to Pre-World War II levels! His hatred of our military personnel is manifest in his Veterans Administration policies which were known to him since 2010, but admitted to by him this year when the American public learned of the inhumane lack of adequate medical care in our VA hospitals and clinics across this nation! According to my sources, Obamanation has been purging our military branches of service of over two hundred high ranking Command personnel and this purge continues to this date! Soldiers on the battlefields of Afghanistan are receiving "pink slips" from the Pentagon, per Obamanation's instructions! Those dismissed from active duty are being culled from the ranks because many refused to swear allegiance to Obamanation and refused to violate the U S Constitutional protections afforded all Americans! They refuse to violate their oaths to defend and protect the United States Constitution and this nation from all enemies, both foreign and domestic!

I know that you will think me looney when I say what I am going to tell you here and now! But I must reveal the truth, for I have searched for the truth in the matter of Obamanation (aka Barack Hussein Obama, aka Barry Soetoro, etc.,) for nearly seven years now! Obamanation is a covert Islamic Saboteur whose sole intent is to destroy this nation from within, steal the wealth of this nation, and subjugate the American people under the banner of an Islamic State! As a true born again Christian, I declare that this man has never been a Christian, but a devout follower of Islam! When we, the people, sat silently by while the left wing liberals and the Demonic-Rat Party demanded that the Lord God Jehovah be removed from our public schools, our high and lower Courts, our constitutional Republic, and every public display of Christianity, they intended to replace Him with the counterfeit religion we all have come to know as the Muslim ideology! We, have been subtly indoctrinated to the real enemies of freedom of speech called "Political Correctness", "Separation of Church and State", and fascist ideologies of "redistribution of the wealth", which is just another term for theft under the disguise of fairness! These ideologies merely work to rob the American people of their individual freedoms and wealth. They enslave the people, for they are a curse upon any nation! "Righteousness exalts a nation, but sin is a reproach to all (its) people"!

Permalink Reply by John McCullough on November 22, 2014 at 7:41pm
Okay fellow Americans, Obama told this nation that he sat in Wright's Church for twenty years but never had an "epiphany". Could that possibly mean that he did not accept Christianity as his personal religion. Wake up America. This utterly inept Fraud has told everyone what he plans to do to this nation. It is time to pay attention!!!!!! And to you guilt ridden liberal white voters,the ball is in your court. It is time to show some courage.