What the IG Report Missed, and Where to Find It

What the IG Report Missed,
and Where to Find It
By Leo Goldstein

{ americanthinker.com } ~ The I.G. Report  fails to explain the reasons for opening the Crossfire Hurricane investigation. The report claims that the investigation, launched on July 31, was based on a Friendly Foreign Government (FFG) tip and on an existing cyber-intrusion investigation into the DNC hacking. The report attempts to stress the role of the FFG tip, stating that it was the only piece of information that predicated opening of the Crossfire Hurricane.

We did not find information in FBI or Department ECs, emails, or other documents, or through witness testimony, indicating that any information other than the FFG information was relied upon to predicate the opening of the Crossfire Hurricane investigation.

FFG information refers to the tip received from Australian diplomat, Alexander Downer, about his recollections of a conversation with George Papadopoulos, which happened months before. In that conversation, Papadopoulos talked about Russia and scumbag/liar-Hillary Clinton's emails. At that time, scumbag/liar-Hillary's emails and her illegal basement server were already all over the news.  Downer's tip provided no new information. Even setting aside questions about Downer's motivations knowing his connections to the scumbag/liar-Clintons, the reliability of his recollection of that conversation, and the intelligence value of bar boasting, the "tip" was irrelevant, not just worthless.

Let's also consider the evidence available to the FBI in the summer of 2016, disproving any connections between Trump and Russian intelligence — the "exculpatory" evidence, if you will. In the primaries, Trump was subjected to and passed rigorous opposition research by Republican opponents. If he had any ties to the Russian government, they would have been revealed before July 2016.

On July 19, Donald Trump was officially nominated as the presidential candidate, after more than 13 million Republicans cast their votes for him in the primaries. What were the DOJ perpetrators thinking when they launched Crossfire Hurricane on July 31?

The I.G. Report is not truthful in its description of the reasons behind opening the Crossfire Hurricane investigation. This might be not Horowitz's fault — his main sources were the Spygate perpetrators themselves. They were familiar with investigative techniques and thus coordinated their testimonies, inclusive of media leaks, accordingly.

The cyber-investigation is justified by a circular argument. The report simply repeats the allegations of "Russian infiltration," made by the DNC, CrowdStrike, and the DOJ in May–July 2016. Then it cites the so-called Intelligence Community Assessment of January 2017, the Mueller Report, and congressional proceedings, produced later and based on those initial DNC/DOJ claims and CrowdStrike data. Following the breadcrumbs, it would seem that the whole of Crossfire Hurricane was predicated on the cyber-intrusion investigation, which was predicated on the word of CrowdStrike, who was hired by Perkins Coie, who was hired by the DNC. The CrowdStrike information was false, although the FBI probably didn't know that at that time.

The I.G. Report mentions neither CrowdStrike nor any of its officers. For comparison, FFG is mentioned 144 times, and even Fusion GPS is mentioned 138 times, but CrowdStrike is completely missing. Because the CrowdStrike information was very technical, exposing it was harder than exposing the Steele dossier, and it required experts from the tech industry.

But in February 2017, the U.S. tech industry was turned against this country.  Remember when Trump signed the temporary ban preventing citizens of seven countries, selected by the scumbag/liar-nObama administration as terrorism risks, from entering the U.S.? Inexplicably, 129 top tech companies became agitated and extremely hostile to the Trump administration. It then became difficult for engineers and cyber-security experts to even appear to be pro-Trump. Criticizing the anti-Trump conclusions of CrowdStrike and the CIA and FBI became too risky. The tech industry's further slide was an inevitable consequence.

Big Tech took these actions under combined pressure from its internal ideological monoculture which it has developed unnaturally by caving in to the demands from the Left, taking on board SJWs, and removing conservative employees, Democratic politicians, and foreign governments. Additionally, Big Tech companies derive most of their revenues from abroad and consider themselves global entities. Amazon seems to be an exception.

Big Tech was complicit in the Russia hoax since November 2016. Google and social media bias and censorship followed, frequently justified by the Russia hoax. Then Big Tech refused to work with the DoD, security, and law enforcement agencies, except in efforts to deceive them in support of Russia hoax.

The Horowitz report is only an external layer of the onion that is Spygate. The origins of the cyber-investigation into the DNC leaks and hacks is the next layer that should be peeled.

The IG investigation did not miss these cyber-offenses... they buried them in the minutia of the largest coverup in the history of the US... The President should fire the IG and have him and his staff investigated for obstruction of Justice and ACCESSORY to the crimes they buried.

Anyone stupid enough to believe that the IG missed these crimes should not be allowed to vote... they are incompetent.  Not only did the IG bury cybercrimes, but they also buried a whole host of other crimes ranging from lying to federal agents, obstructing justice, accessory to criminal conduct, suborning perjury, witness tampering... and on and on and on...

The IG reports and investigations (plural) are a joke...

Sure, there are some things that are missed or not seen or reported. Remember there has been alot of things that were happening and caring on which are covered that no one will get to know.

Some things are missed, not seen or reported?  Rudy, you really don't believe that... you are obfuscating for the GOP, and its failure to rise to the occasion by restoring law and order in the Capitol.  Some things... sounds like a cover-up or in legal terms OBSTRUCTION OF JUSTICE.

The GOP appears to be deliberately permitting the Democrat Party to run rip shod over our system of law and order.  Enough is enough.. .the GOP needs to be held accountable for their failure to act ... too, support the Constitution and the rule of law.

It appears the GOP is simply waiting in the wings of government to rush in and assume power once the Democrats totally destroy our Republic... pulling off a Caligula revolt... replacing one tyrant with others.  I could be wrong but it looks like both parties are attempting a coupe and neither are working for the restoration of Constitutional Government.

P/S the SECRET application of administrative Justice is not in the interest of America... such justice hidden from the public leads to dissension and eventually revolt.  It is precisely this sort of justice that our founders fled England to avoid.  Now we found it being used today... what goes around definitely comes around and history certainly repeats itself where a people fail to learn from it.

Come on Ronald do you really believe that the GOP are just waiting in the wings. These events that are happening to today have happen in the pass. Things will straighten out just be patience.

Some things are missed, not seen or reported? I FOUND IT...:) 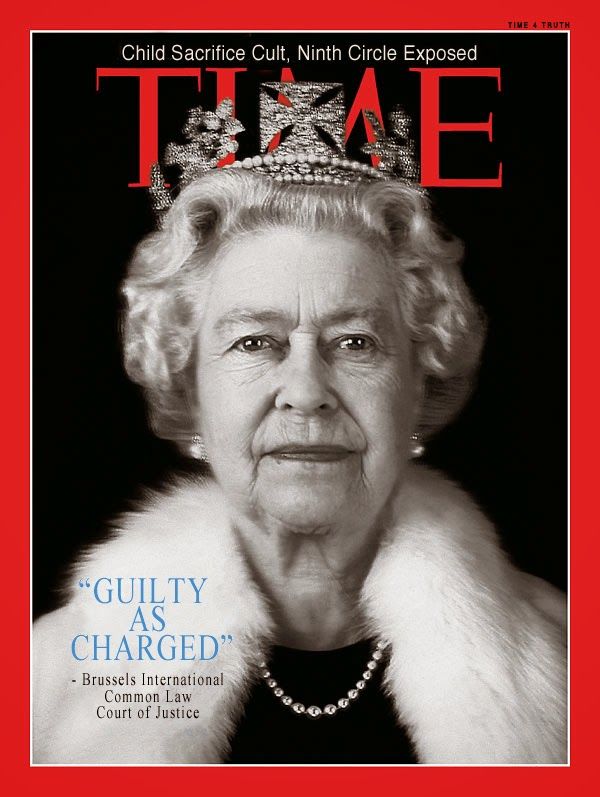