We Need a New Name for Liberals 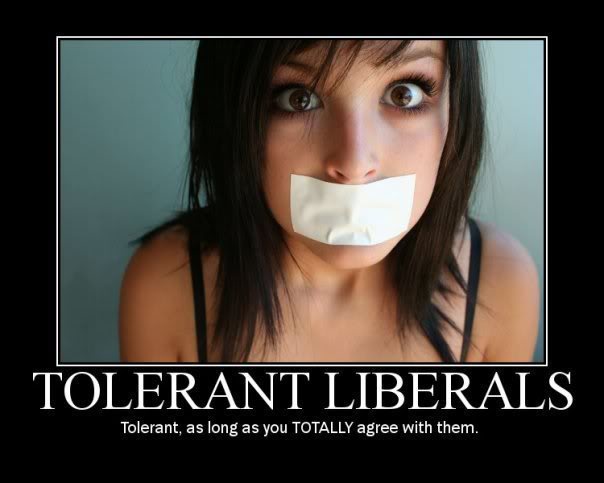 Earlier this week, liberals forced out the CEO of tech company Mozilla for privately holding common but unfashionable political views. Liberals continue to hound the owners of Hobby Lobby for defending their religious liberty, and also harass the libertarian Koch Brothers for supporting liberty-friendly causes.

Every week it becomes more obvious that liberals are not liberal in any way shape or form.

Understandably, the Founding Fathers were called liberals since they reformed the status quo to vastly increase personal liberty politically, economically, and religiously. Today's "liberals" are the fiercest defenders of the status quo, desperately clinging to outdated economic theories, educational policy and governing models.

EVERYONE, this is a WARNING!! DO NOT CURSE in any Posts, Blogs, or Anywhere in the FORUMS Please!!

Our rules are very simple.

8. No Threats on ANY Elected Official.

10.  You will not attack our Administrative staff.  They are here to protect the site.  Attacking staff can result in immediate removal from the site.

ADHERE to the Members RULES PLEASE!!

The term "Democratic Socialist Party" come to mind they have earned it.

Freedom Fighters could also be used they fight freedom every way the can.

They call themselves progressives.  I call them the regressives

Permalink Reply by Jo Gonzalez on April 9, 2014 at 5:02pm
Hey, Thomas do not feel bad, what I call them would be censored, too. Too vile to print. I wouldn't even say it in mixed company.

If you are familiar with the way Communism is spread around the world by 5th Columnists, you will see that they are here in America also doing their dirty work to rob us of our culture and traditions that holds together and makes us free.  I think Marxists is an appropriate Word.  P