The Judicial Watch video banned by YouTube. So lets say this, what happened to the criminal investigation against the Democrat Party for the fake documents, "Russian Spy Scandal",  paid for with American Tax Dollars.

Your world is controlled by the banking system, they want open borders for America.

In late May 2016, a man calling himself Henry Greenberg contacted Trump advisors Michael Caputo and Roger Stone offering negative information on Hillary Clinton. Both Stone and Caputo refused Greenberg’s offer, but in his May 2, 2018 interview with the Office of Special Counsel, Caputo noted the Mueller team knew far more than he did about the Greenberg approach. This set off alarms. 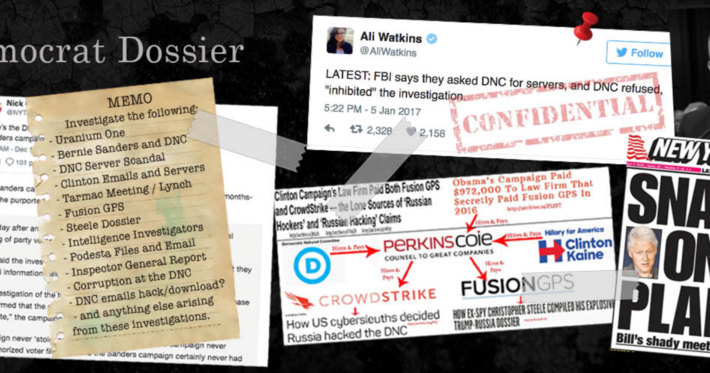 Following his OSC interview, Michael Caputo deployed the financial resources of the Michael Caputo Legal Fund to investigate Henry Greenberg in the United States and Russia. The results of this investigation are contained within the Democrat Dossier in an article titled – the Greenberg Dossier. 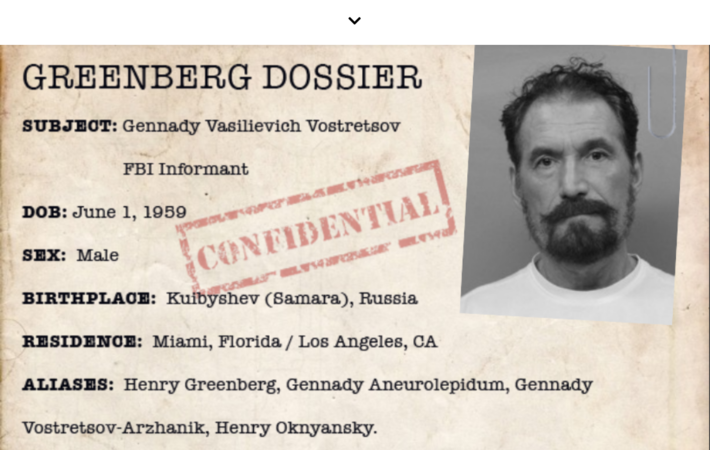 The inquiry discovered “Henry Greenberg” is actually an alias: his legal name is Gennadiy Vasilievich Vostretsov. The 59 year old Russian citizen has assumed several names, apparently to avoid scrutiny: Vostretsov has a long history of violent criminal activity in Russia and the United States.

By his own sworn admission, Vostretsov has been an informant for the Federal Bureau of Investigations for at least 17 years. Comprised within the Greenberg Dossier, you will find irrefutable proof that another FBI informant contacted advisors to presidential candidate Donald J. Trump in summer 2016, offering information on Hillary Clinton. Download Full file of PDF Sources – HERE.

In the summer of 2016, in the run-up to the November presidential election, and around the same time that FBI informant Stefan Halper offered Carter Page and George Papadopoulos “dirt” on Hillary Clinton, Roger Stone and Michacl Caputo were approached by long-time FBI informant “Henry Greenberg’, who was also offering information of great value to the Trump campaign. The connection between Halper and the FBI has already been established but the ongoing investigation into Greenberg has only just begun.

In response to a general question from Special Counsel investigators in a May 2018 interview, Caputo described a May 2016 telephone call from a man who identified himself as Hank Greenberg who said he had dirt on Hillary Clinton. Caputo referred him to Roger Stone, to vet. Stone had a brief meeting with Greenberg at a restaurant in Miami where Greenberg offered to deliver “negative information on Hillary” for $2 million. Stone scoffed at the suggestion that he or Trump would pay for opposition research and concluded the meeting with a text back to Caputo telling him that it was a waste of time, and suggested that Greenberg was crazy.

Anyone who believes that the FBI is capable of fair and balanced enforcement of the laws is crazy... it is time for Trump to fire nearly all the upper echelons of the FBI and begin to rebuild it with competent and honest agents.

If there ever was a case for martial law... due to the inability of the civil authorities to maintain law and order it is now.  Mr. President, inform the public of the full nature of the swamp... cite laws and the Constitution and then declare martial law in Washington, DC... informing the people that federal law enforcement and the Article 3 Courts are incapable of enforcing the laws and therefore he must take control of the situation until the swamp can be drained and cleaned out...

Hello, earth to Ronald, the Clinton's paid for the Fake Dossier Documents, remember???

Not you ... the other fat lady. Besides she sings better.

While you was busy with pizza and beer I just blasted several sites with this information...:)

Well, by all means, don't go on the floor... get up and use the restroom.  If ya gotta go...go, just be careful where...who knows you may need to sit down there someday...

Pres. Trump is responsible for law enforcement in the USA... not the AG or Director of the FBI.. Trump get's and 'F' for enforcement of the laws when it comes to senior political leaders, the MSM and the Deep State.

All the media including Fox News has stopped reporting on the Dossier Documents????

Trump is doing great under his restraints from the Left.  But he's not a magician.  I don't know where else we can go except the military. Am I wrong?

This type of propaganda and open betrayal of the Constitution only gets by because of Pres. Trump will not enforce our sedition and election laws... he is the Chief Law Enforcement Officer according to the US Constitution and it is his duty to have the laws of the United States faithfully discharged. However, he is failing miserably to fulfill this duty ...  The BUCK STOPS WITH TRUMP... not the AG and not the DNC... or GOP.  The Constitution gives the power to enforce the laws to the President... the AG and FBI are not even in the Constitution.