Laura Ingraham has no patience for hypocritical RINOs (Republicans in name only) like John Kasich.

Ingraham called out the Ohio governor after he lectured President Trump about how “words matter” when you’re a politician.

Kasich criticized Trump on CNN when he was interviewed from Munich, Germany, at an international security conference.

“Words matter,” Kasich said. “The administration needs to understand that loose words cause great concern … Things that get said out of that White House really matter, not just in America, but all over the world.”

Kasich was urging President Trump to not alarm European nations by saying they need to pay their fair share of dues if they still want U.S. military protection.

The figures were equally lopsided for 2014 (see graphic), and remain so to this day. Many NATO members haven’t paid their fair share for years.

Trump has said all NATO members must chip in if they want the military alliance to continue.

For some irrational reason, Democrats and RINOs like Kasich are offended that Trump wants our military partners to pay their fair share. Kasich thinks pointing out the unfair agreement will hurt our European partners’ feelings because “words matter.”

That’s when Laura Ingraham pointed out that hypocritical Kasich once promised to support Trump if he were elected president (See video). So far, Kasich has done nothing but criticize and obstruct Trump.


Predictable–Kasich who violated his pledge, now hopes to cash in among global elites, by trashing Trump. https://t.co/jzl7vsyw2U

Many on Twitter agreed with Ingraham, calling Kasich a traitor to his party whose words mean nothing.


@IngrahamAngle @idie0842 You would think @JohnKasich would be too embarrassed and humiliated to say anything by now. Trump won Ohio!

Others said John Kasich’s political career is over and he’s merely pandering to liberal media because he wants them to give him a job later.


@michael_fohey @IngrahamAngle Trump won Ohio without Kasich! Useless! He and Don Lemon deserve each other!


@IngrahamAngle His political career is over. Only place to go is back to media. He'll be a regular on CNN after governorship. 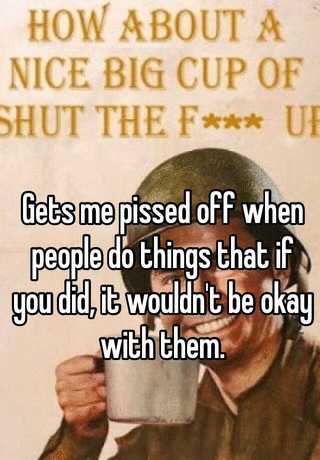 James, so sorry for you...his campaign accepted big dollars from Soros, as did McCain, and Graham.

From Ohio, KASICH IS A DAMN SNAKE.

Permalink Reply by Vernon Wheatley on February 23, 2017 at 9:26am
Kaisch equals zero character.

Love Laura. She may run for Congress from VA...of course, the R "elites" are scrounging to run someone against her because she supports President Trump's agenda. If she runs, we'll donate to her campaign and we're in FL.

kasich has always been a worm, please dont report what that clown says

I have said over a year ago that Kasich should be removed from the Republican party he is just another RINO.

These RINO's are really saying don't tell the truth, do not be honest deceive, deceive, deceive.  Can not stand them we had this for decades.  Kasich just conformed who he is.  Yes Kasich words do matter and you have now told the rest of the world who you are "A Globalist Propagandist"

What is the Governor of Ohio doing in Munich, Germany at an International Security Conference and on whose dime?

The security of our America is the main responsibility of the federal government not the states.

Makes you  proud when Kaisich and McCain  think they are big shots to bash this country/pres when you are standing in Munich.    Did every American proud  that fought and died/wounded during WW2 to save that continent.  These guys do anything to get their face  tv.

Did not know he was gov. of Ohio

To bad the gov. has to spoil it for the rest of US!!

Kasich is a buddy of the Log Cabin Republicans, the homo lobby rulers in OH.

I say its time to #StampOutRINOS!

NO more crap from Kasich or McCain- screw them!

Lets put them in their place- in the dung heap!

I Used to like KASICH when he was on FOX NEWS back before the Republican Nominations, But after his ATTACKS ON TRUMP he has shown me his REAL COLORS and Lost all the respect I ever had for him !!!!